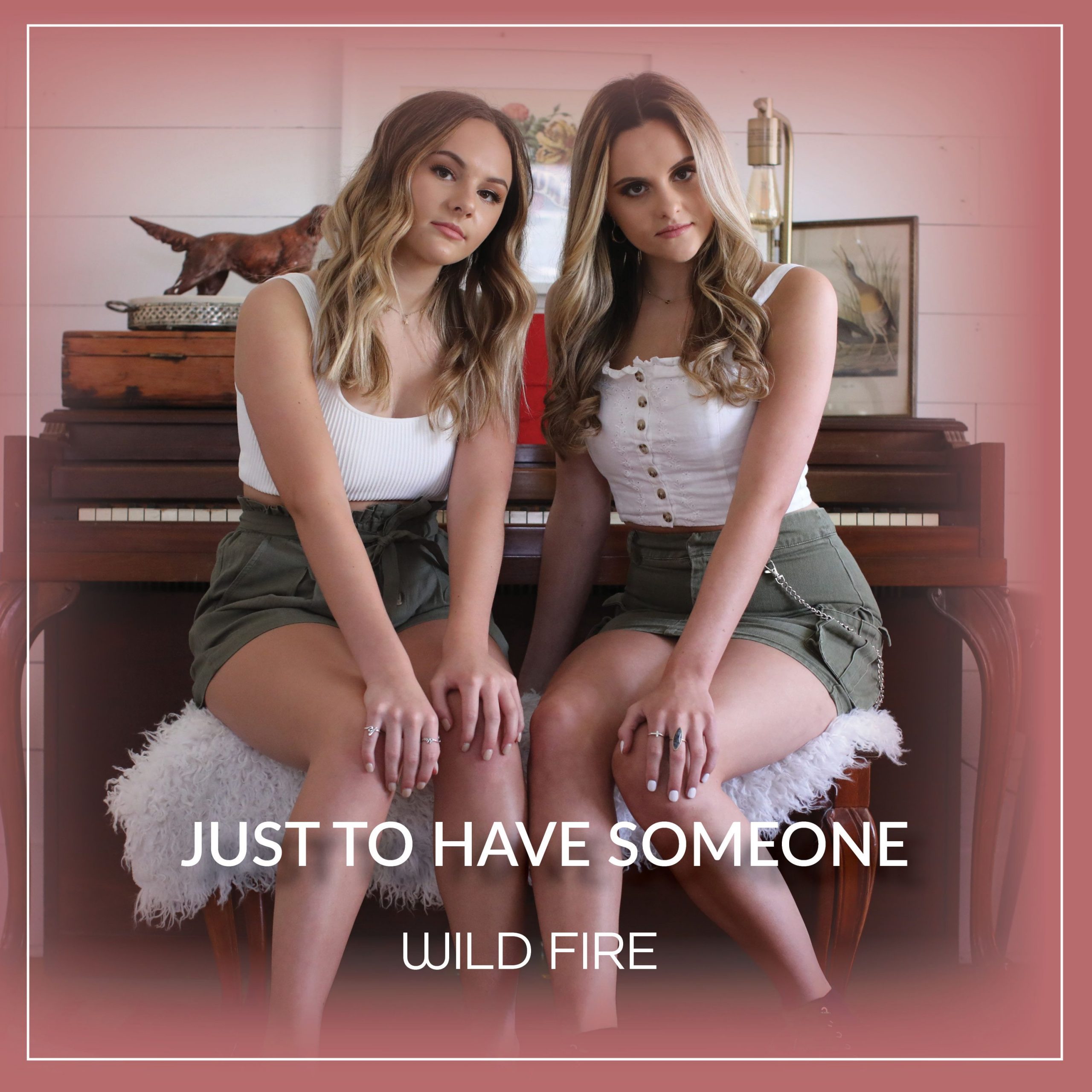 In their latest single, titled “Just to Have Someone,” country-pop duo Wild Fire explore pastoral harmonies against a solidly melodic backdrop as accessible to the cosmopolitan crowd as it would be the rural music enthusiast. Wild Fire had a very eventful 2020, releasing a slew of tracks and a searing remix that immediately garnered the interest of critics around the underground, and this first release of the New Year doesn’t disappoint those who had hoped to hear further creative development. Country has been seeing more and more crossovers come into the spotlight lately, and for my money this act is one of the tougher listens to beat.

The vocal harmonies in “Just to Have Someone,” much like those in “Rolling with the Stones” and “Cut U Off,” are the basis for most every climactic moment featured in this single. There’s such a strong kinship between the melodies that come together seamlessly in the chorus, and yet the singing is never overpowering beside the instrumentation – no easy feat, particularly when taking into account how beefy this mix is to begin with. Balance is essential to making this kind of a hybrid pop track work, and it’s something Wild Fire seem to have down to a science.

As much as I like the vocal centerpiece in this single, the strings are just as powerful an agent of evocation in a few key moments here. They reinforce the emotionality of the verses without ever uttering a single word, simply by skewing the harmony we get from the singers with a touch of melancholy in the strumming when we’re least expecting to hear it. It presents the feeling of longing and inspires a sense of connection between artist and audience that isn’t achievable when relying on synthetic components (something I doubt these two would ever invite into their sound).

I really enjoy the lyrical premise of this song on its own, but without the tone of Wild Fire’s delivery I don’t know that these verses would be quite as moving as they are in this instance. These vocalists are making it real for us without allowing for self-awareness to drift into the realm of self-indulgence, and if their contemporaries both in and outside of the country scene could adopt the technique exhibited in “Just to Have Someone” in their own work, the entire genre would probably be a lot better off for it.

If you’re a fan of light country music and haven’t already been listening to Wild Fire in the past year, “Just to Have Someone” is a single you won’t have a hard time getting into by any measure. 2021 is already off to a pretty fine start for music lovers everywhere, but if you’ve been paying attention to the country underground you’re already aware of just how incredible a time it is for the genre. Indie acts like Wild Fire are at the center of this new wave, while their experimental style is the reason behind the buzz, and I think anyone who listens to this latest cut is likely to agree with me.