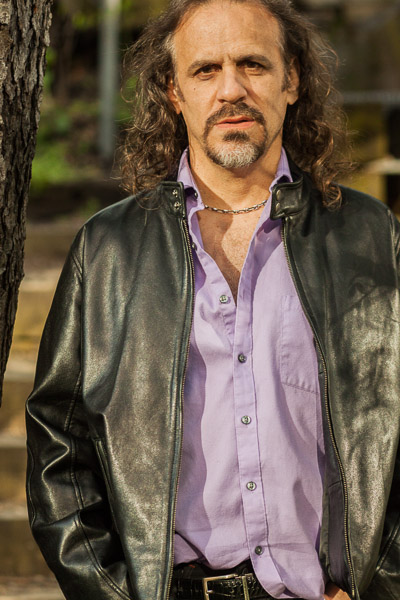 Filmmaker, Neurodiversity Advocate, Multi-Instrumentalist, and a Pop Singer, Stephen Dijoseph is ready to give all his love away

New Hope, PA – January 26th, 2021 – Stephen DiJoseph’s new single “GIVE” is a pulsating pop anthem with a strong underlying theme of giving all your love away, symbolizing everything that the artist himself stands for such as neurodiversity, awareness, and creativity.

The first song “GIVE” from Stephen’s monthly Single Song Series and its music video received raging reviews immediately after its release, with people complimenting the perfect combination of “strong and sweet” the song possesses. Most listeners commend the artists’ creativity, claiming that both the song and the music video moved them to tears. Following the same principle of giving the love away, the song “GIVE” is available for free with a special invitation from the artist to join him in his ongoing musical/visual journey that is “DiJoseph’s SynapTic aDventure”.

As moving as the song itself is, the story behind its conception is even more inspiring. The song came to Stephen DiJoseph when he was contemplating over the struggles his ancestors went through and the difficulties they put with up to fulfill their aim of reaching a “promised land of freedom and opportunity”. This train of thought led him to appreciate the need to awaken our roots and trace back our connection in an attempt to rediscover what it truly means to be here in this moment. As in his song, the artist concludes that giving love away is the only thing that matters: “give your love away…that’s all that’s asked of you…give your love away…nothing less will ever do.”

Despite being borne out of contemplation over the past, the artist believes his song is more relevant than ever to the present times. His encouraging pop ballad sends out a message of hope during the pandemic and is reminiscent of the great artists of the past like Pink Floyd, Moody Blues, and Seal and Yes to name a few.

Apart from the new release “GIVE”, Stephen has a total of twelve award-winning albums in four different genres with multiple video productions to boot. He also has over 6000 performances to his credit, making the latest release a yet another chip on his shoulder. “GIVE” is a culmination of the collaborative nature of the artist’s neural condition of Tourettes, ADHD, and OCD and his vast creativity.

At age 6, two things happened for DiJoseph: his insatiable desire to become a musician and the first manifestation of his lifelong condition of Tourette’s. “That’s why I feel like it’s the ‘Art in the Syndrome’ for me (and so many other)”, says Stephen about his creative energy. “For 10 years no one knew why it was that I made noises, jumped around, and cursed in such random and constant ways. I internally felt that the music and this “condition” was one thing!”

DiJoseph’s 50+ years of making music spans influences of rock, pop, jazz, classical and celtic. His favorite artists include Claude Debussy, Frank Zappa, The Beatles, Peter Gabriel, Michael Hedges, Beethoven, and Chopin. His goal with music has always been to simply bring out the power and joy of what he is hearing inside and present it to the world as far and wide as possible.
Stephen believes he has done that “to a reasonable extent”, with over 6000 shows to his credit, performing coast to coast in the US and several stints to Europe by way of Prague and Ireland.