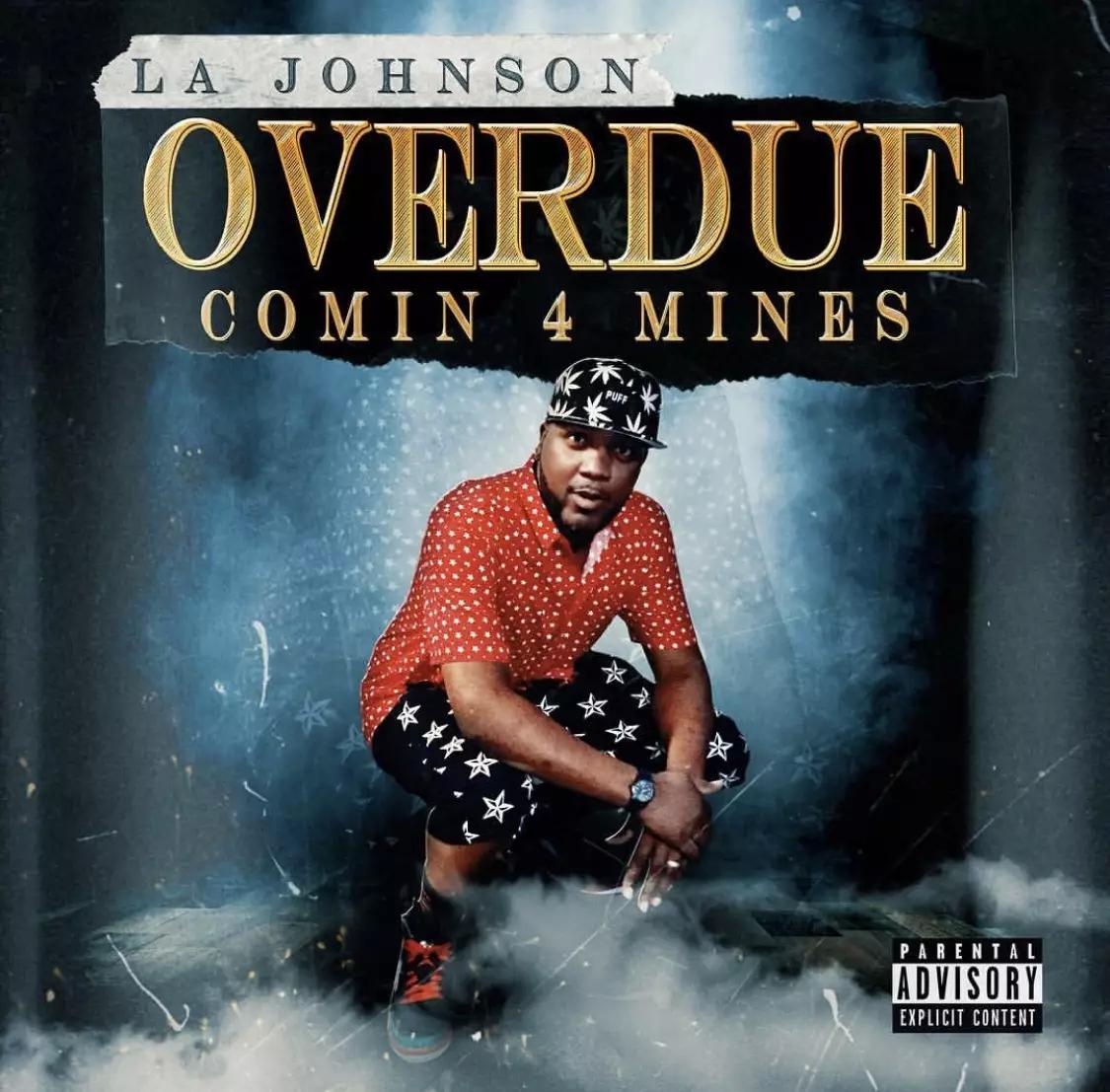 Los Angeles, California – October 17, 2019 – Through what seemed to be an endless cascade of hardships, LA Johnson has come through the other side to pave the way for his long-awaited debut, Overdue: Comin 4 Mine$.

Overdue: Comin 4 Mine$ takes a lifetime of struggle and puts it into focus as LA Johnson delivers his heart and experiences on a plate for all to taste. Born the oldest of five to a single-parent household in the bad part of town, Johnson wound up falling victim to the streets eventually landed in the juvenile system. While some would’ve let it tear them down completely, he took his time locked up and discovered his passion for music. Once out he began to start anew.

In 2002 he and a childhood friend connected and became part of the group Boo Ridaz. They even released an album, but a myriad of issues led them to disband. Over the next 17 years, LA Johnson switched gears to focus on himself and his music. Performing everywhere from Dallas to Detroit, he started his label 1GMusic Group and started to put the work in on his debut release, Overdue: Comin 4 Mine$.

Featuring the lead single “FLAVA,” Overdue: Comin 4 Mine$ is indeed an overdue album from an artist who had been working around the clock for almost two decades now.

Those interested in adding new hip hop to their playlists, reviewing the album when available, or interviewing LA Johnson can reach out via the information provided below.

About:
LA Johnson is proud to present his long-awaited debut, Overdue: Comin 4 Mine$.