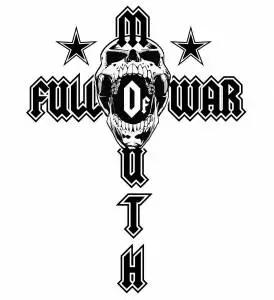 “A New Voice Of The World”

Today we are excited to announce the New Year Release of the Mouthfullofwar short film/music video for their first single “Sound Of Freedom” on January 23,2020!

With the help of friends closely working together, and 70 people cast and crew you will witness a vision that started with pen n paper, captured on film and turned to reality. Mouthfullofwar’s first Single “Sound Of Freedom” is currently riding the airwaves in the top 100  alongside Metallica, Motley Crue, Avenged Sevenfold, HellYeah, and other greats on worldwide radio charts.

Mouthfullofwar began writing and recording on a mountain ranch said to be the first home of the “Charles Manson Family”. A grey world left behind, turned to black and light Mouthfullofwar is born. The pressures of the world are upon us, the scales of justice must be shaken not stirred, There is a fire that burns in us all, now is the time to live, we will not go quietly will you?

Those interested in featuring the “Sound of Freedom” clip on their site or interviewing Mouthfullofwar can reach out via the information provided below.

About:
Mouthfullofwar’s controversial look at life and the world we live in stem not only from their backgrounds but likely from the place their record, ‘Sound Of Freedom,’ was written. The Notorious Charles Manson Family Ranch is where in it’s humble beginnings Mouthfullofwar got to work. They stepped into a building converted to a music studio in the middle of over a 100-acre property n began to write and record starting with their title track “Sound Of Freedom” that served as the inspiration behind their debut short film/music video. “Energy can be felt at the Manson Ranch that is difficult to put into words, energy that attracts, a giant magnet, one with the universe in touch with the stars, energy that seems to draw on life and death.”