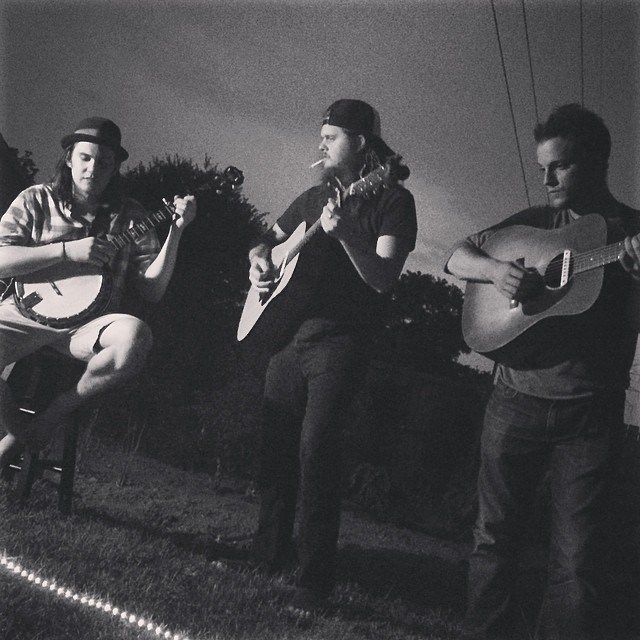 While it is true many feel the music industry is in disarray, it’s always a breath of fresh air to hear a new band or artist that’s not afraid to take chances with their musical expression. With Nashville based My Politic latest musical offering “Anchor” it’s clear to me he has surpassed what many consider to be the a-typical musical release. First a bit about My Politic: They recorded their first album, “A Few Words I Couldn’t Find Yesterday” in 2008. After playing for years in the Springfield, MO area they decided to move to Boston, MA and try their luck on the East Coast. In 2012, “Could You Come Home” and “Oh My Love” from the Album “Younger Still,” released in 2010, were featured on the Real L Word on the Showtime network. In 2013 their song “A Name For You and Me,” also from their “Younger Still” album, was featured on MTV’s Buckwild. In 2013, the band released their fifth album “Love and A Motor Home.” Since forming the band has played countless shows across the US, which has helped solidify their Americana sound. My Politic made the move to Nashville, TN in the Fall of 2013 where they met their newest member Wilson Conroy, who has helped the band further realize their sound. They have started work on their sixth album. Do I have your attention yet?

From beginning to end “Anchor” gives you an Americana anthem with a string of catchy songs that will keep the listener mesmerized and fully entertained. Also present are messages that are uplifting and a vibe that is unmistakably, well “My Politic.” Vocalist Kaston Guffey combines many impressive musical styles: like retro Americana Pop of the 70’s and even modern Blues, with a splash of traditional Folk, and yep even some Bluegrass-Country. Some pieces I really like are ‘Before It’s Too Late” and ‘Ways of Love” with their powerful yet simplistic messages. ‘Heartless” expands the possibilities as a possible radio hit in the making. The production is also top notch and the playing from all other band members is spot on. One can hear tidbits of banjo, drums, guitar, dobro, Mandolin and Banjo. No-where in the line-up is there a drum kit? Guffey creates a sound that will make virtually any listener feel right at home. As a vocalist, he delivers a gifted vocal timbre as he glides with precision with just enough in the way of technicalities, yet not neglecting soulful croon and twang on the side. On many tracks Guffey performs a multitude of amazing melodies deep in the pocket reminiscent of The Eagles backed up by some solid guitar playing. If you like Jack Johnson, Joe Ely, John Prine, you will like My Politic. Much of My Politic’s artistry goes beyond traditional playing and songwriting. Lyrics are also an important component for me whenever I listen and review music. In this aspect these 3 paint you a brilliant visual story between the spoken word and his musical messages of hope, love and the love of life itself. “Anchor” delivers amazing music for the senses that has no boundaries – very much like the America itself.