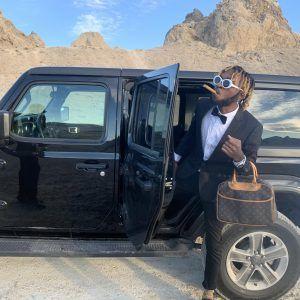 Los Angeles, California – February 29, 2020 – It’s been a year and some change since Vikki Sota dropped new music but the wait is almost over as he has announced plans to release not only a new single but a new video as well – and it’s coming soon.

Vikki Sota has never failed to impress. Whether it be with his last joint, “Swimming” or the one that came before it, “Vegas Life,” this West Coast emcee is always firing on all cylinders. So make no mistake about it that his next single and video will be as hot as the last. That’s because when it comes to delivering, there’s no doubting this hardworking, driven, passionate creator.

Making music since he was just eight-years-old, Vikki Sota has always known what he wanted to do but it wasn’t always easy. He came up in a single-family home with just his mother taking on so much as she cared for not only him, but his four older siblings. Despite some setbacks, he went off to college but eventually dropped out, got two jobs to earn his way and today he’s the owner and CEO of Quality Sound Studio in Hollywood.

Stay on the lookout for Vikki Sota’s new music and visual coming soon, and for those interested in adding new hip hop to their playlists when it’s ready or those who want to interview Vikki Sota about his career thus far, can reach out via the information provided below.

About:
Vikki Sota handles his own as not only an artist with new music on the horizon but also as the CEO of his label/studio in the heart of Hollywood.