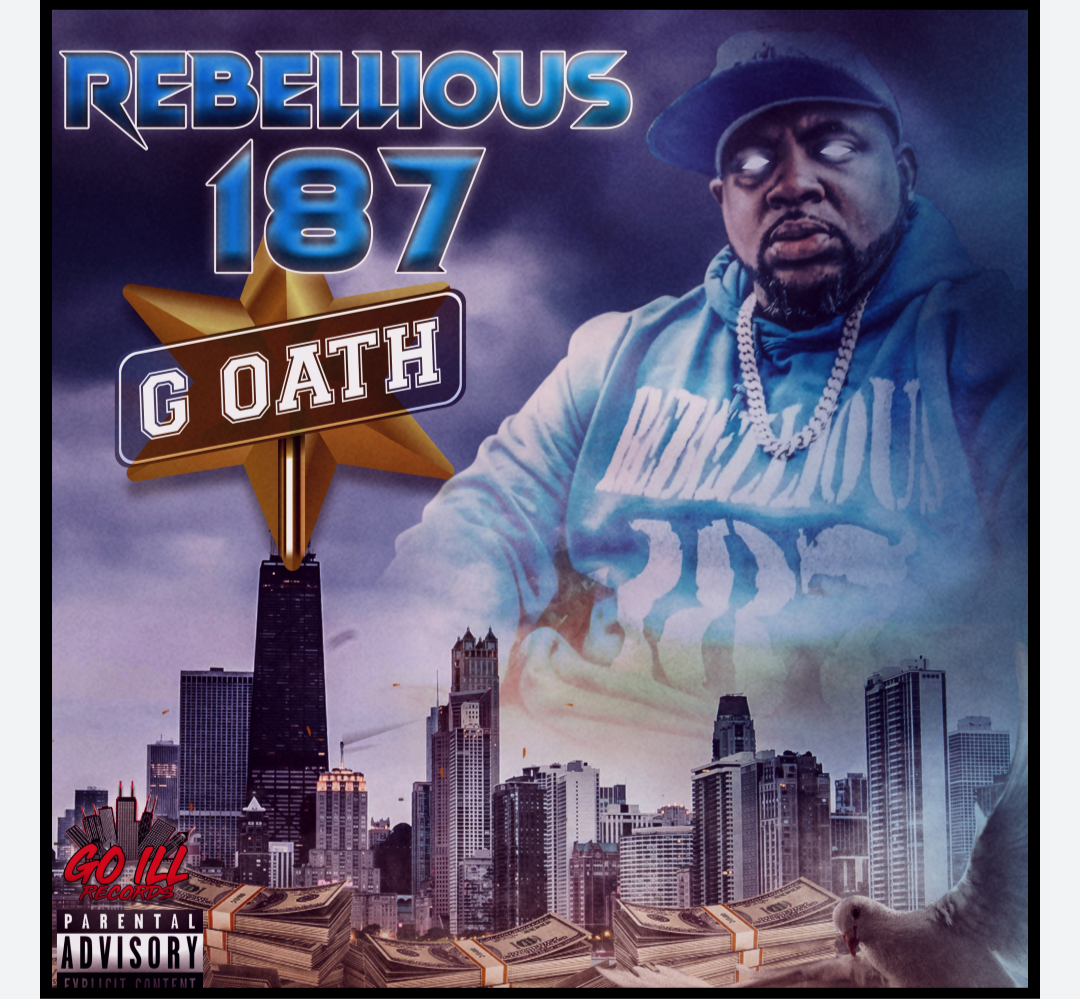 Street Rap that incorporates rich and compelling narratives of life, loss, and redemption, Rebellious 187’s newest release “G Oath” is a tale for the times

chicago, il — March 26th , 2022 – Rebellious 187’s stunning new release, “G Oath” presents listeners with a 15-track album that seamlessly encapsulates the power of authentic, moving, Street Rap. The new release succeeds in bringing back a missing element of Hip Hop, replete with gritty stories from the streets and hardcore rhythms and rhymes, all married and melded within vivid thematic storytelling.

A talented powerhouse, Rebellious 187’s music goes against the currents of contemporary, mainstream Hip Hop- with 187 in the artist’s name signifying that he is effectively “killing all the competition”.

Available now on the artist’s official music platforms, “G Oath” is a powerful and compelling mix, which is bound to make listeners feel a wave of emotions. Listening to the new album they are taken on a trip to the streets of Chicago to witness firsthand the G lifestyle.

Rebellious 187 stands out amidst other up-and-coming artists, by making music which is unique and characteristic, taking upon challenging, real-life topics and themes that no other artist is talking about.

“I believe people are tired of the same sing song auto tune rap that everyone is doing. There is no more originality, and no one is trying to convey to the younger generation what is on the other side of the curtain when involved in the streets,” says Rebellious 187 regarding his musical mantra.

At 40, Rebellious 187 is driven to establish his musical imprint as an ‘OG’ who is trying to do just that- baring the realities of the gangster life for listeners. His inspiration is to build a local powerhouse with his label Go ILL Records, empowering artists to share their talents with the world.

Support good music and download, stream and share Rebellious 187’s new release. Google Rebellious 187 to check out the full release catalogue, and follow for updates on new releases. For interviews, inquiries and features, contact the artist through [email protected]. The artist’s merchandise is set to drop very soon!

John Blaze, better known by his artistic identity Rebellious 187 is a formidable force in the world of Rap. Born and bred on the streets of Chicago’s Southside Wild 100s section, Blaze’s life experiences sculpt much of his musical inspirations. As a young man the street life was more important than classwork but after surviving the perils of gang culture, Blaze was Influenced by Mr. Larry Hoover and his Growth and Development Ideology and thus began to apply those ideologies to his everyday life.

In 7th grade, the budding artist got a tape recorder for Christmas and a stereo for his birthday, laying the foundation of his future musical career. The artist used to go to the store and buy singles and rap over the instrumentals on the b side of the tape, fueling his passion for music. He remains inspired to keep big names like Scarface, Kool G Rap and other street/reality rappers alive by creating music with thought and meaning. Using the force of stories that bring listeners into a world they never knew existed through Go ILL Records, Rebellious 187 hopes to cultivate a platform and an avenue to save lives through music.