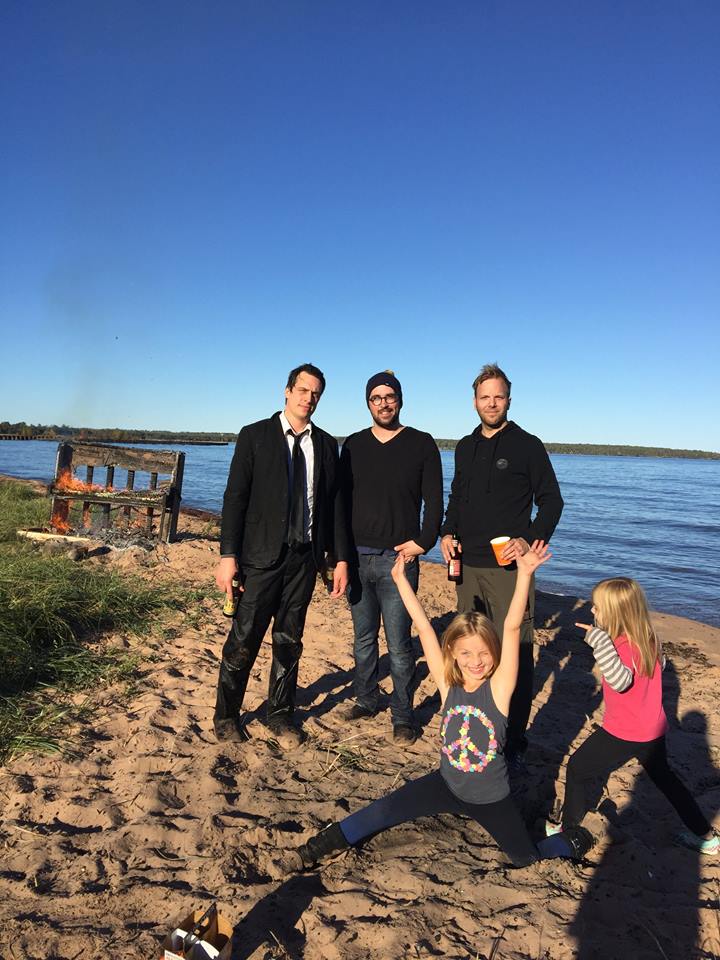 Reflectivore is from Duluth Minnesota. Formed by Allen Cragin and Ryan Rusch and recorded at Rusch’s The Weight Room (studio) in Washburn Wisconsin. Longtime friends that have been writing music together and had the focus intensify towards Reflectivore after Allen’s wife passed away last year. Reflectivore worked very recently with True Norse Films on a short to accompany the song “Red Looking Glass” from the album. Band licludes two core members: Ryan Rusch (Piano, Vocals, Organ, Vibe) and Allen Cragin (Guitar, Vocals Bass).

An original blender of sound mixing bands like Linkin Park, Radiohead. Death From Above, The Bots, Opprobrium with some The Swell Season and The Neighborhood expect a high octane Indie pop-rock trio that fuses rock solid songwriting with soulful thought provoking melodies. They touch on all styles, fusing genres with each song like Alternative Rock and Hard Pop. Their latest self-titled offering is a rocking 6 track EP/album that gleefully dances up and down the spectrum of modern-day Alt-Rock with hints of Punk served up hot on the side.

The CD Opens with “Ticonderoga” and pulls out all the stops until the final Track 6 “Black Holy.” The album as a whole pretty much hits on all cylinders. Reflectivore

Dishes out an eclectic mixture of many different styles of music and covers a lot of ground. The music and vocal presence of Cragin present the perfect musical backdrop for just sitting back and jamming out or playing in the car for a long drive. While each track is similar within their own right, all pieces on this short but sweet set deliver unique, emotionally charged musical experiences that will satisfy any aficionado. Of particular note are the explosive, bi-polar vocals provided by Cragin. Did I mention she also plays guitar. If she just so happened to write these songs – well she could be bigger than any of us realize right now. Cragin commands an appealing voice via solid musical performances within her own right, all the while retaining a masculine/feminine fullness that compliments the skillful array of sounds brought forward by the other member of this band. Ryan Ruschs’ contribution (Piano, Vocals, Organ, Vibe) will not go without mention either. The EP waw Recorded at The Weight Room, Washburn, WI Engineered by Rusch/Cragin, Mixed by Ryan Rusch and Mastered by Dave Hill at Inland Sea, Superior WI.

I recommend Reflectivore narrow the fairway with their overall sound. For example the final 2 pieces “Organ Grinder” and “Black Holy” border on Hard Rock or even Progressive Metal. They don’t even sound like the same band – a bit unorthodox.

To sum it up: I give Reflectivore an enthusiastic four out of five stars and highly recommend this EP/album to any fan of hard punk rock or Progressive Rock. Grab yourself a copy and kick up your heels to some solid melodic and catchy as hell songwriting that really stays with you log after the EP’ runs its course. I may never get the chorus of “March” out of my head. All jokes aside – Reflectivore sets a standard for the genre, and should be a big hit this Summer.