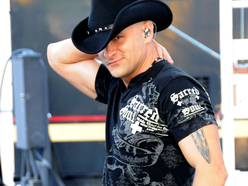 It’s no surprise that Ryan Weaver calls Nashville home. He’s a true country boy filled to the rim with energy. “New Set of Tires” is a true country song. Well, the upbeat kind. It’s got that catchy chorus and has a kick to it like a Kenny Chesney track. Then things settle down a bit for a slow one, “January.” As Ryan tells his tale of the first month, you feel every word being sung. Then sitting in the middle of those two is “I’m That Guy.” It’s a sweet one and really stands out as one of Ryan’s best. Then things pick back up with “Crank It.” This is just a small taste of what you can expect to get from Ryan Weaver and his country boy ways. So if you want more, you’re going to have to check him out way sooner than later. (https://www.reverbnation.com/ryanweaver)