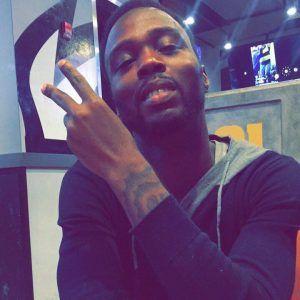 Hip hop has always been very forthright and detailed in its outlook, which has presented to the world some of the most culturally rich song streams and ShawndonSg has rightly captured the spirit of that in the backdrop of compatible musical growth and making songs, which typify cultural formulation in the perfect note of audience acceptance.

The seasoned artist’s newly released song is a lyrical mixture presented with dynamic rhythmic patterns as well as a thematic hint of extravagant living, which he criticizes with the fineness of his clever poetry. As he sings with an uninhibited aura in “Astronaut,” his creative range of musical insights becomes all the more profoundly expressed and spelled. His spirited resourcefulness lies in his lyrical brilliance, which makes his sound unique in the massive competitive scope of hip hop. His songs have a touch of a trap as well as significant strings that are strung together in a wonderful relationship with one another.

Born in Harlem, ShawndonSg moved to the South Bronx when he was still in elementary school. By the time he entered high school he was focused on Creative Writing. That kept a hold of him as he started to write down the plethora of thoughts that had been swirling around his head for the past two years after losing his brother. That was 2014. Soon after he started to focus on making music with those words and the rest, as they say, is history in the making.

Those interested in adding new hip hop to their playlists, featuring “Astronaut” on their site, or interviewing ShawndonSg for their podcast, site, or radio show can reach out via the information provided below.

About:
ShawndonSg is a seasoned artist and songwriter with a versatile hip hop flow and five years of experience under his belt. He massively concentrates on the complications of life and experiences and turns it into a masterpiece of words, including his latest single “Astronaut” from his 2019 release, ‘Memories.’