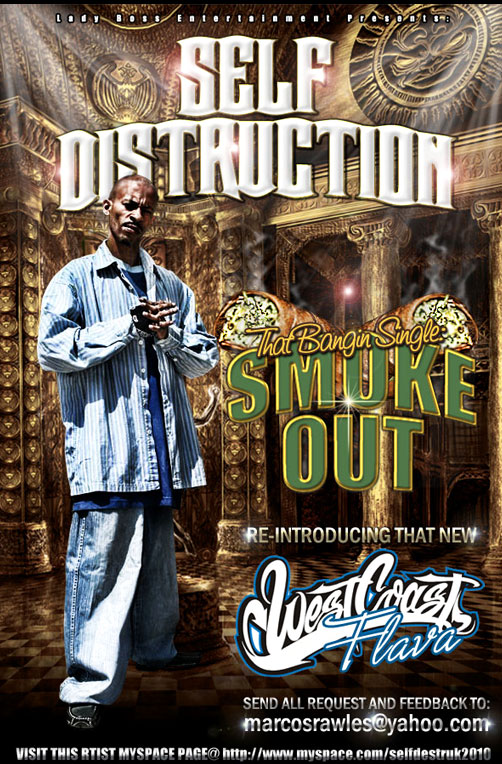 While rising above the darker days which his stage name implies, Los Angeles’ Self Destruction utilized his life experiences throughout the urban Southern Californian streets to create some of the hottest independent songs in the scene. Each song contains beats as volatile as black gun powder and rhymes as smooth as silk, threatening to blow the roof off the club every time the DJ drops the needle on the vinyl.

With tracks like “Drug Warz,” “Grand Theft Auto” and his smash-hit single “Smoke Out,” it’s crystal clear where Self Destruction is coming from. For those seeking another taste of that bumpin’, West coast style gangster hip hop, this is your ticket.