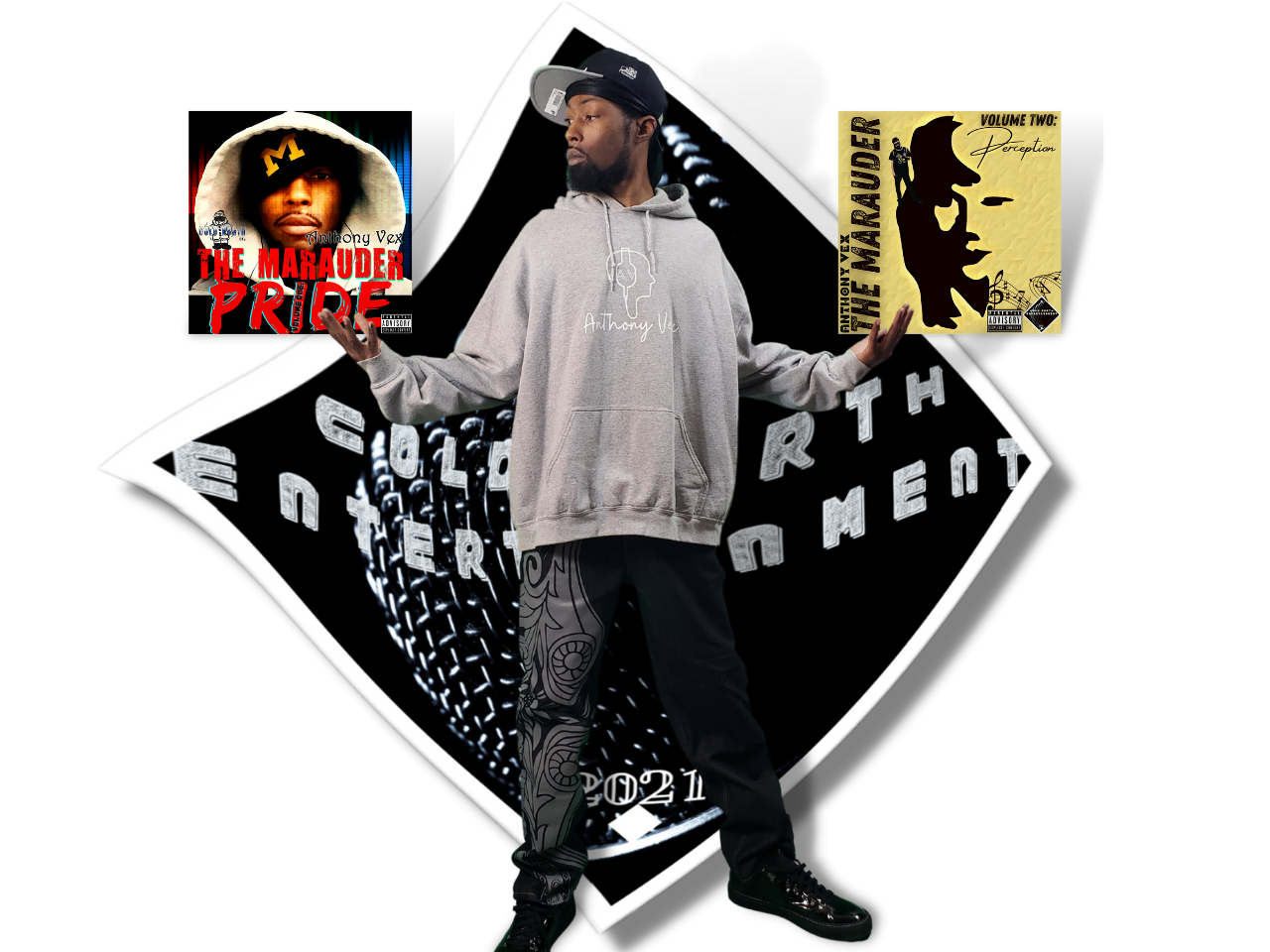 Anthony Vex keeps surprising fans and critics with a relentless display of passion, talent and creativity that has objectively peaked with his most recent albums and merchandise.

Kalamazoo, Michigan – July 15th, 2021 – For an up-and-coming artist to make impressive music as soon as they get into the sphere of hip hop, rap and songwriting is a tall order. The odds don’t scare Anthony Vex who is on his way to not only release two incredible albums – he is also unearthing apparel lines for sale. ‘The Marauder Volume One: Pride’ and ‘The Marauder Volume Two: Perception’, which will both be released on July 15th are the ultimate testament to Anthony Vex’s creativity and lyrical genius. The albums have undoubtedly been forged after a long journey through adversity and determination but are a blend of Anthony’s characteristic songwriting and storytelling abilities. Anthony’s music is unique to his audience not only due to the smooth tone of his voice that contrasts with what is usually stark emotion, but also because his lyricism finds many listeners relating to the meaning at the heart of the song very differently.

It is very rare for artists to showcase their creative abilities outside their music careers however Anthony Vex keeps proving that he is an outlier by introducing his very own clothing and apparel lines that he has designed. “Situations change but character shouldn’t” is the mantra Anthony Vex strongly sticks to and he tries to emulate his idols and inspirations in his own work. Most of the artists Anthony considers his idols have paved the way of being successful through independent hard work and struggle and these are the values Anthony Vex strongly believes in. His plans include continuing to release new music and setting up tours, while also recording podcast episodes for ‘Tinkin Out Loud’ that’s available on Spotify, Apple, Overcast and Anchor. He also aspires to continue designing new clothing and shoes for Cold North Apparels. The talented and mulit-faceted Anthony Vex is also working on some short films and other cinema related projects which are to be released later in 2022.

Check out his indulging new albums ‘The Marauder: Volumes One and Two’ and learn more about Anthony Vex on the links below and/or reach out via the contact information for interviews, collaborations, and promotional access.

Anthony Vex is an up-and-coming entertainer from Kalamazoo, Michigan who has been making music since roughly 2000 and now feels like the time is finally right for his works to reach audiences at large. He aspires to entertain the masses and bring more awareness to Michigan talents while also providing for his family. Anthony Vex is a beacon of ingenuity, innovation and creativity in an industry that has been dominated by mainstream artists that have supported the status quo – never challenged it. With his thought-provoking lyrics, upbeat instrumentals and creative ideas, Anthony Vex is changing the game for the better.