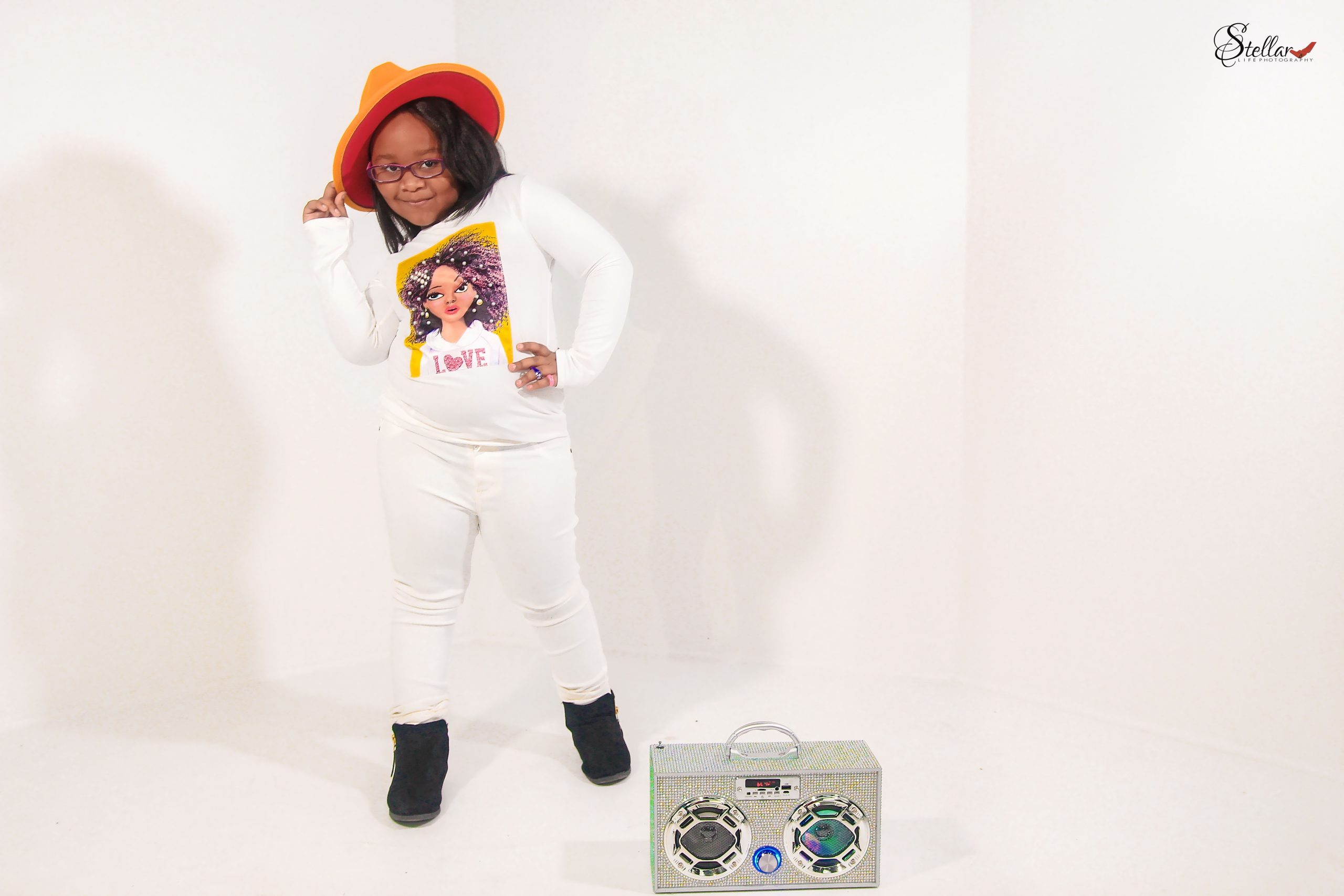 Young sensation Sa$ha Lee, rapper and artist, has an important message for all

Charlotte, North Carolina – March 29th, 2021 – Six-year-old Sa$ha Lee Simmons is making waves with her passion for singing and performance. The young rapper recorded a seven-song album titled ‘Paint the World’ during the pandemic last year. Having also co-written the album, the young performer’s motivation was to paint the world through music. The Album ‘Paint the World’ is ready to be released in 2021 – Sa$ha has been working hard on this fun and uplifting release, and in her own words, “It’s music for the children to have fun again.”

Little Sa$ha has been already performed in the past and has received a lot of praise for her talent. For example, at four years old, Sa$ha had her first performance, “I Like It” by Cardi B, in a local contest at Six Flags amusement part in Mitchellville, MD. Her first ever song, “My Chair,” was debuted for the music app KR38R at a live performance with a band in Knoxville, Tennessee. The song and the interview are scheduled to be aired on the All Hip-Hop.com website.

This year, the young artist’s hit single, “Colors,” is all set to be released on April 2nd. Natyve 1’z did the writing and production for the song. Specifically made for children, one can anticipate it will be received eagerly by children, as there isn’t enough rap music made for this particular age group. Motivated to compose music that children can call their own and enjoy, Sa$ha was encouraged by her father to pursue this passion of hers. Sa$ha’s two favorite musicians, Cardi B and Janet Jackson have also inspired her to sing.

When she grows up, Sasha wants to be a megastar in entertainment and use her voice to be an ambassador for children worldwide. She wishes to give them a voice to enable them to bring change in the future.

Like most children her age, the aspiring star enjoys coloring, painting, sports, cooking, and playing with dogs. Sasha is already doing her part in giving back through a project on instructional videos for disabled patients that teaches them to exercise and stay healthy.

Sa$ha believes the world can be made a better place through music and wants to be the leader of change through singing and acting. Readers can find more information on her website and on her Instagram page.

The young phenomenon is open to interviews and reviews and can be reached here.

Sa$ha Lee has the opportunity to become the youngest rapper in The Guinness World Book of Records to record an album. This musical phenomenon is also a first-grader at CMIT School in Upper Marlboro who loves extracurricular activities such as dancing, boxing, girl scouts, cheerleading, and gymnastics. Sa$ha plans on learning the piano and pursuing acting in the future.