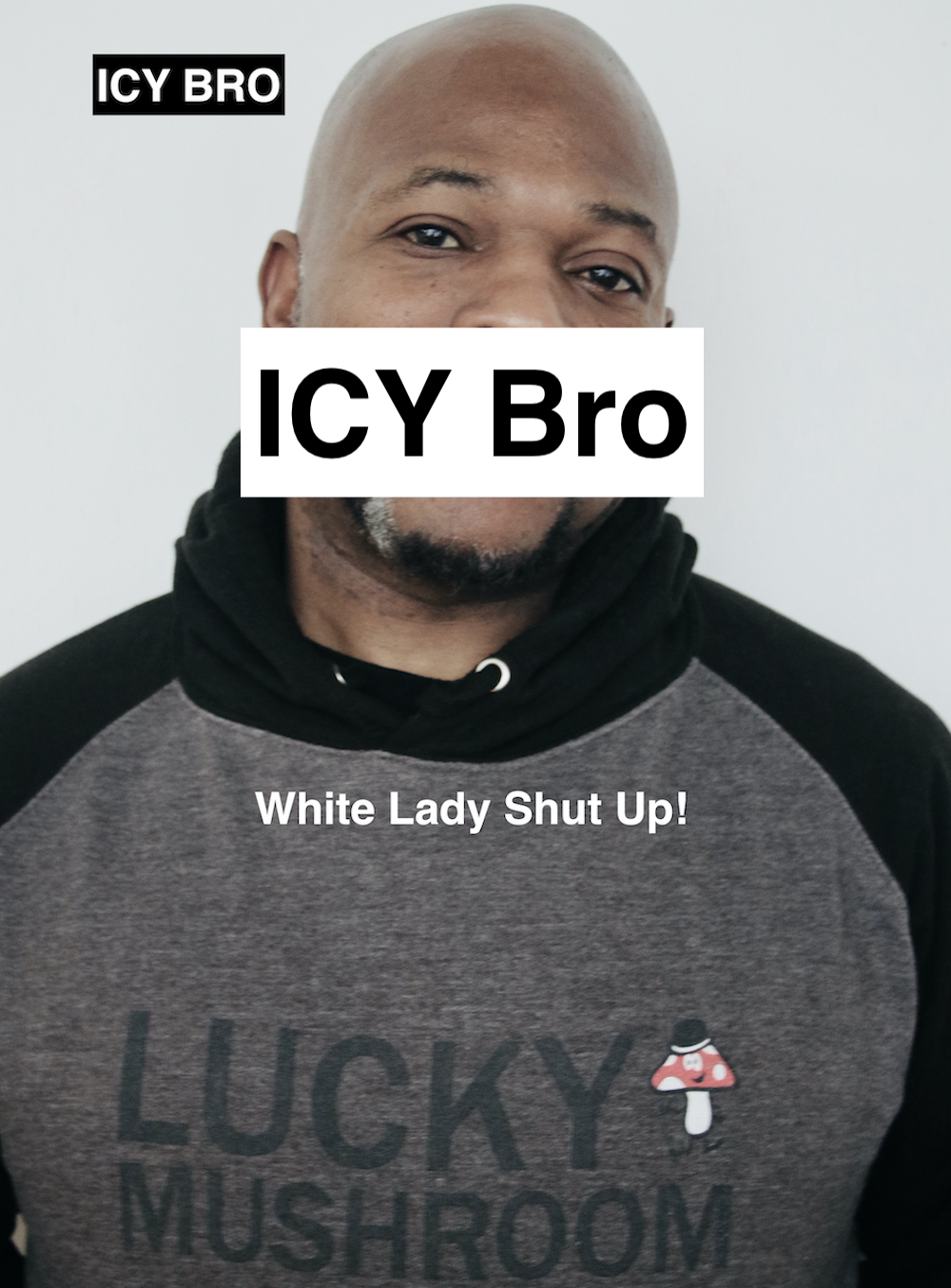 It’s an homage to the neighborhood where Icy cut his rap teeth; his hometown,Wilson Park, is a Baltimore neighborhood that knew hip hop before hip hop knew money.

Frankfurt am Main, Hesse , Germany – The rapper ironically left Baltimore City in 1985 to join the armed forces and the second verse of the song was written in 1984! Icy Bro has not changed a single lyric in the song and it stands as a testimony not only to the realities of Baltimore City of the early 80’s but also to the lyrical skills of the rappers in Baltimore’s scene at the time.

It was written in 1984 before the concept of writing about “the streets” was prevalent in rap/hip hop music. He loves to point out that at the time there was no “reality rap” and the phrase hadn’t even been coined. He claims not to have any idols in rap but he professes to love all the lyricists and considers himself a peer amongst them, even if he has yet to be discovered outside of early 80’s  Baltimore.

As he puts it, he is the last Great Icy. He also claims to never have changed his flow because that’s exactly what his flow is: HIS FLOW! He moved to Germany in the mid-’80s and was immediately embraced as a true MC as he was at home in Wilson Park. There was only a fledgling rap scene as late as 1988 but he caught the attention of the pop industry as they were desperately trying to figure out what would come next.

He met Frank Farian who had produced European pop groups such as Boney-M , Meatloaf, and Milli Vanilli. Frank couldn’t put his finger on what made Icy Bro stand out from other rappers he had heard but decided to feature him on The Real Milli Vanilli album after the scandal had broken to give the album at least a semblance of authenticity.  Icy Bro’s credibility /authenticity had never been in doubt and remains that way to this very day.  In fact, Icy Bro challenges any music lover to go back and listen to his music. He has always been a lyricist! In 1989 he released a song called “Tell me why!” And it was featured on early episodes of Lucky Mushroom. The uniqueness of the flow and lyrics showcase Icy Bro’s innovative and artistic style. He called it Afro-Eurmeric New Rap flavor. To this day there has not been a more aware track from the pop/ rap community with global implications “Tell Me Why”. When listening to it keep in mind that it’s 20 years before 9/11!

Lucky Mushroom is a company founded by Icy Bro that not only does music but is also a language school. After releasing “Alive in I”, the follow up to “Terra Promessa” his single with Italian Pop Star Eros Ramozoti, Icy Bro decided to leave rap for good because hip hop had become to mean money and he was not willing to compromise his lyrical integrity. In “Alive in I”, another Icy Bro single that was light years ahead of its time, people who claim to be “woke” are reminded of the dream they live in.

He is a lover of all genres but could no longer reconcile working with producers that didn’t understand that he was a lyricist from Wilson Park. So he founded the language school which quickly became very popular in the Real Estate and Banking sectors. He called the school EYS Language Consulting and some of his clients included S.V.P. , Vodafone, Deutsche Bank, Macquarie, ABN AMRO to name but a few.

In 2017 Icy decided to combine his passion for words; his lyrical rap style and his passion for teaching business English. He brought these two things together in his own unique way under his brand called Lucky Mushroom.
Today Lucky Mushroom Publishing offers English as a second language to children and young learners in lessons that he terms “beyond 16 bars”. He continues to offer courses aimed at non-English speaking professionals looking to gain /maintain their English speaking skills. And under the brand Lucky Mushroom, Icy Bro is doing what he loves doing – making Music!

Lucky Mushroom doesn’t make music for the masses. Lucky Mushroom makes music for the love of music. Icy Bro raps for the love of lyrics and hip hop! He is the only artist that will ever be signed exclusively to the Brand, he doesn’t like the term label. But he is always open for collaboration if you love what you do regardless of genre. He is from Wilson Park and got much love from listeners on 1360 on the AM dial in Baltimore City on WEBB. As he says he has nothing to prove, so Act like you know.

After an almost 30 year break since the last release, Icy Bro founder and CEO of Lucky Mushroom Music Publishing, is releasing the latest offering called Wilson Park (1984). With this release, Lucky Mushroom is repositioning itself to strengthen its brand presence in one of its two main business areas: Music and Education.
Icy Bro is an old-school rapper from Baltimore City. Despite never releasing a single in the United States as he left in 1985 before labels starting signing rappers outside of New York, Icy is known for his innovative and inspirational lyrics and beats and has worked with the creme de la creme of Europop from Eros Ramazotti to M-People.