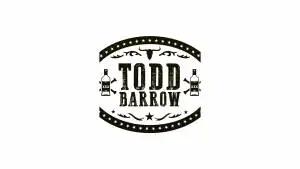 Burleston, Texas – December 19, 2019 – This ain’t your Top 40 Country. Todd Barrow brings outlaw country to the table and radio with his latest single, “Rain or Shine.”

“Rain or Shine” was inspired by the rough patch a couple fell upon at one of Todd’s shows in Houston. He noticed their upset ways from the stage, locked it in his memory, and later wrote about it. The result being a relatable track that takes listeners back to the times and sounds of Waylon Jennings and Willie Nelson.

A random string of events led that couple to Todd’s show that night and in turn, inspired one of his best to date. One can’t be that surprised though as chance encounters have always played a part in his musical journey.

He was working at Cool Children’s Medical Center when an American Idol contestant’s audio tech went MIA. Knowing his way around a soundboard, Todd stepped in. That impressed Texas Hall of Fame Honoree Sonny Burgess, who was in the crowd, and after the two got to talking. Soon enough a mentorship and career was launched. Todd then went onto work with a myriad of Country legends such as Randy Travis and Garth Brooks. Eventually, he decided to go from behind the scenes to being on stage.

To date, he’s racked up numerous awards, been featured in a handful of magazines, and even appeared on ‘Good Morning Texas.’

Those interested in adding new country music to their playlists, featuring “Rain or Shine” on their site, or interviewing this emerging country star can reach out via the information below.

About:
Todd Barrow is bringing outlaw country back to the masses with his latest single, “Rain or Shine.”