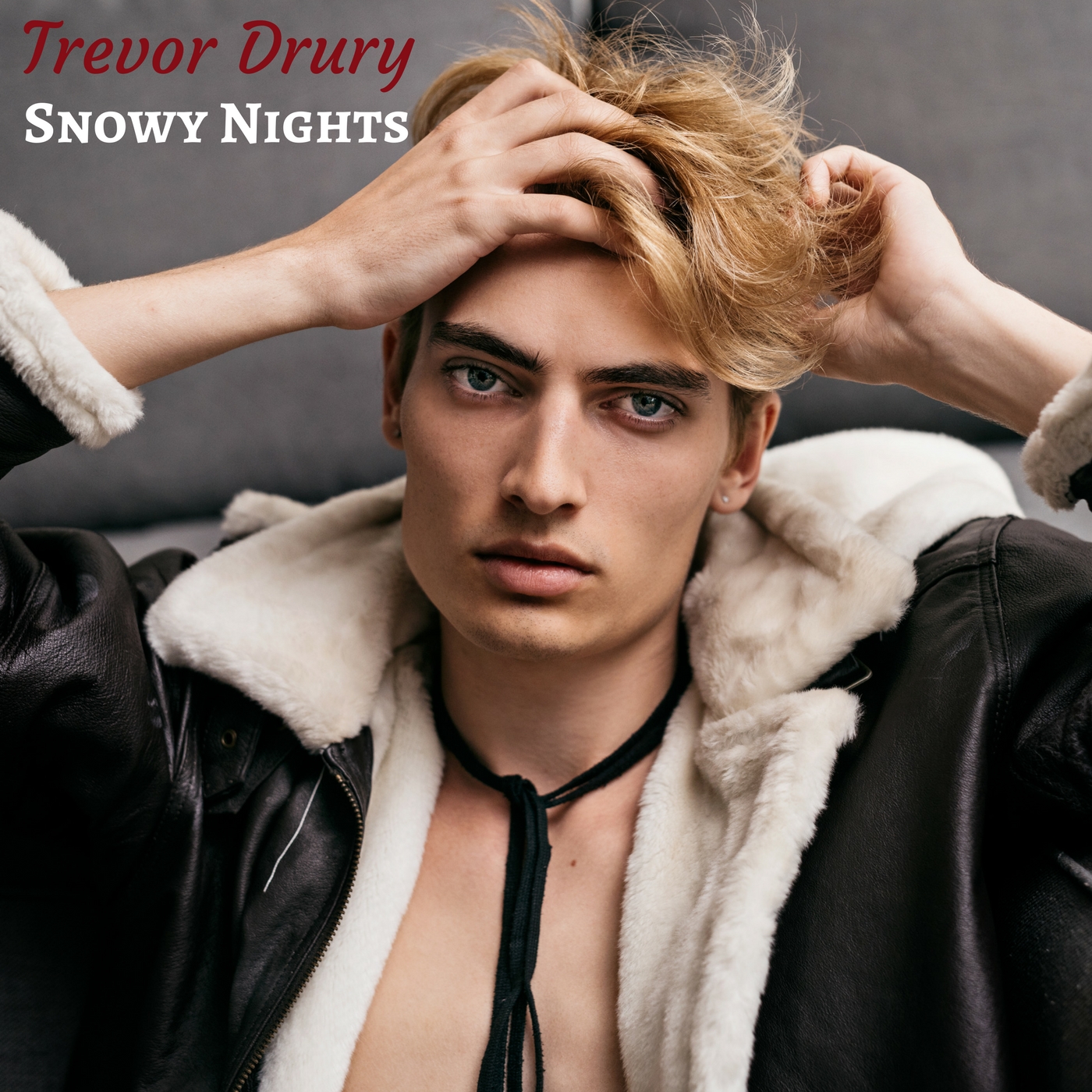 “Snowy Nights” might have a wintery theme, but Trevor Drury’s latest single is far from a crass attempt to cash in on the season. Its timely release is, indeed, a bit of shrewd and obvious marketing, but even a single pass through this song should convince even the most jaded of listeners that the track comes from a very personal place for Drury. It doesn’t come through in just his vocal and the songwriting, but in the inviting and warm sound he invests the song with. There’s an unique atmosphere surrounding the recording imbuing his voice and the minimal instrumentation with resounding clarity and a sense of gravitas appropriate to the seriousness he shows taking on the material. It’s a powerful composition in every respect and continues to solidify his rapidly expanding reputation as one of the most promising talents on the modern pop scene.

There’s an eloquent and tasteful quality to the song as a whole, but the musical arrangement manifests those merits most clearly. Piano, drums, ghostly bass, and guitar form the musical foundation for the track and are woven together with obvious attentiveness to detail. It has a gradually unfolding feeling to its pace, yet it does possess real urgency despite that relaxed stride. “Snowy Nights” accomplishes a lot of its mood setting thanks to the production and arrives at those effects with great artfulness – much of it seems to come through how particular instruments, especially the drums, have been miked for the recording. The guitar work is invested with an assertive, yet sensible sound – it dovetails quite nicely into the overall sound of the song. It dips in and out of the mix achieving much of its effects via fills rather than wall to wall playing.

His talent with words isn’t inconsiderable or merely serviceable. His preceding singles “Trip to the Water” and “I Know You from the 70’s” show him as a songwriter capable of crafting fine lyrics, but this latest single is the best of the lot. It invokes universal emotions while still working as a glaringly autobiographical work. He doesn’t waste any words and the vocals further enhance their value. He never sings the refrain the same way twice and, instead, constantly searches for additional layers in this song and invariably discovers multiple possibilities for the song. “Snowy Nights” certainly hits a seasonal note as we move into the last month of 2017, but this is far from a gimmick or novelty tune. Trevor Drury’s latest single is a formidable work of pop art that positions Drury even better as one of the greatest talents emerging today on the modern scene, indie and mainstream alike. He’s an all-around performer and recording artist with an emotional depth and skill set recalling a time years ago when giants walked the earth. Trevor Drury has the sort of impact that suggests he will be a force for decades to come.

LISTEN TO THE SONG: https://www.mw-pr.com/trprivate/