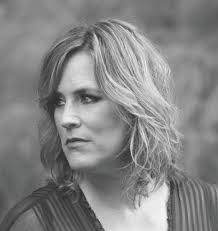 This CD (Silver Flyer) is the latest from Victoria Blythe. A California native and singer-songwriter is not new at this. …This powerful and eclectic album tells the story of a gifted artist who got in my own words – got lost but then found herself again through strength and perseverance. Her lyrics are intertwined with beautiful harmonies, rustic bass and drums, raw emotion and an acoustic Jazz twang.

The CD opens really sets the mood with the title track which sort of stops you dead in your tracks, and toe-tapping “I Got You” by James Brown. I had my doubts when I was this one coming down the line only to eat my words. “Blind” and “Good Enough” which could even make artists like Melissa Ferrick, Rachael Yamagata, Tift Merritt and Dar Williams jealous. These are three grand opening statements which are made up of fairly straightforward Jazz-Pop songs. There is even a folk aftertaste to some of them. Many songs on “Silver Flyer” feature catchy acoustic guitar, guitar licks, vocals, drums and bass as primaries. Also Stand-up Bass, Piano and even some whistling. Vocally Blythe works well together in unison with this music and is somehow unique and hits all her notes well. Her tone is just as personal as her melodies are. It needs to be said – there’s a certain amount of mood assigned to each track as well. The first few times I listened to it I was utterly keyed up by it. These songs are not overly bright and happy either, and Blythe knows how to write you a captivating melody. Some of these pieces were co-written by Greg Beattie.

What is there not to like about all of this? The strong first impression following the first 3 tracks did not subside as the album progressed forward. The next few songs “Veterans Day”, “The Deep Blue of Midnight” and “The Deep” keep it consistent and are the strongest territory emotionally for this record. I would even wager some of these songs could have been big in the mid-’90s on Prime Time Pop Radio. There’s something that screams mid-’90s when I listen to this music – and this is a compliment. Many feel the 90’s were that last good decade of good folk, and I would tend to agree. Even artists like Beth Orton and Shawn Colvin had some moments that were not so bubbly like on soul stirring “The Deep”. Despite this there is hope shining through. “Silver Flyer” is one of those albums that needs to grow on you. This earthy offering has hidden moments of soft rock and earthy folk which add depth to the album providing a mature sound and singer/songwriter type feel to it. All songs have solid rhythm, featuring an involving bass-line that interacts well with Blythe. The overall music is excellent that not only contains strong hooks, but it seems to soar at times.

My favorite overall track is the title track.

Like I said this is not really a dance album – but a few songs come close. Like me, you’ll probably like it if you want something unpretentious to put you into that mood. It’s a mood album for sure and only great artists like Victoria Blythe can execute – yesterday, today and tomorrow.