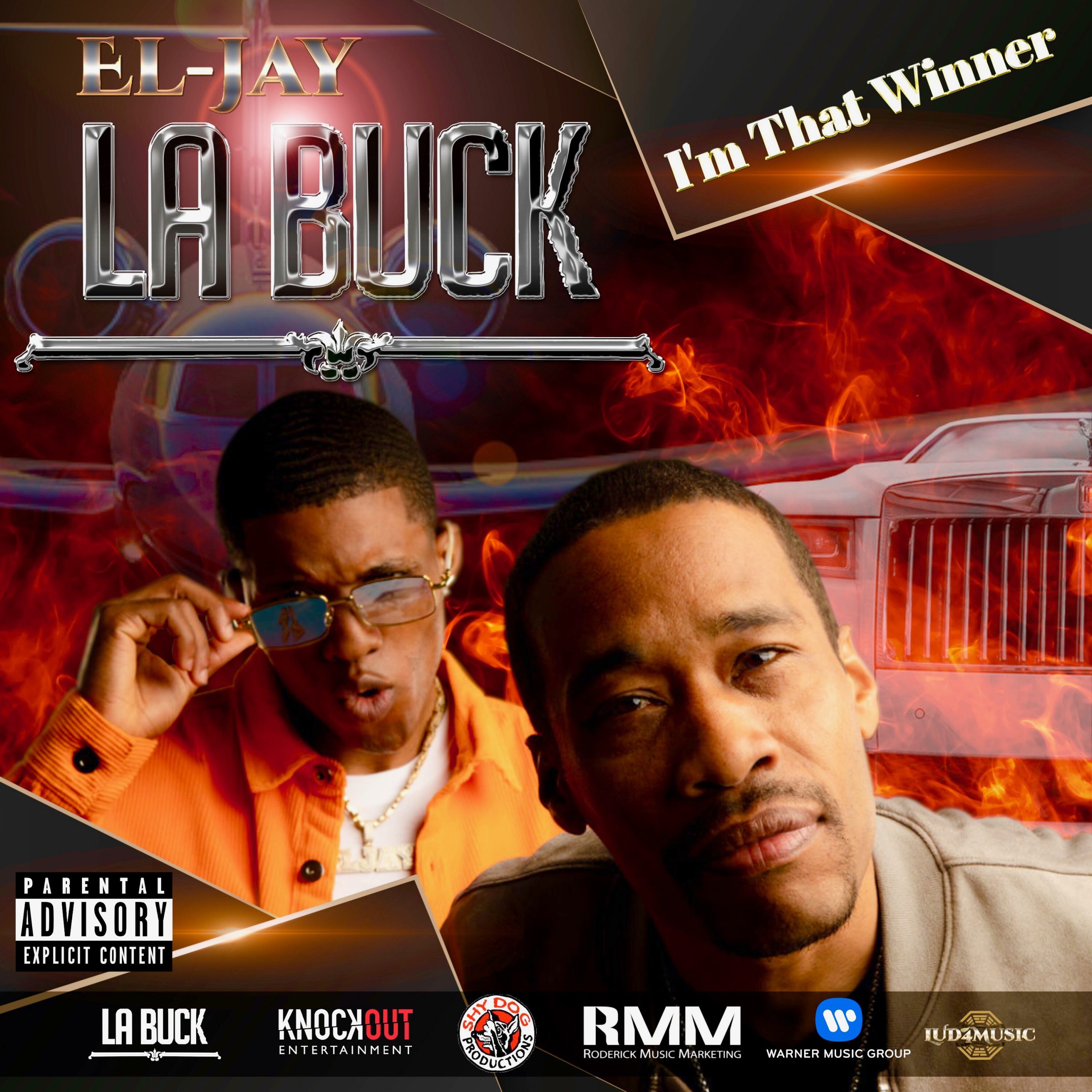 Who said Avengers Infinity War was the most ambitious crossover ever? The hip hop industry has seen some historic collaborations, but nothing beats a surprise team up and sudden single release. There are no better witnesses to the excitement and thrill of such an occasion than the fans of El-Jay and LA Buck when they first heard about the new single titled “I’m That Winner”.

Los Angeles, California – 9th May 2021 – El-Jay and LA Buck created an uproar in their respective fanbases when they suddenly revealed that they had collaborated on a new single titled “I’m That Winner”, and that the song will be releasing worldwide on May 4th, 2021. “I’m That Winner” is being released to the masses by ShyDog Music Group. This collaborative effort is unique because it combines El-Jay’s high energy Neo-Soul and R&B music (with undertones of pop flow) with hip-hop mogul LA Buck’s business empire front and talents. Their unique energy is put on show in the enriching single “I’m That Winner”.

Entertainment and music have always been present in El-Jay’s life as he began to demonstrate considerable creativity and interest in acting, music, teaching, and modeling at a very early age. Inspired by icons such as Michael Jackson, he taught himself to dance at the tender age of five. Born in Northridge, California, and being the eldest of three children of the multi-platinum artist, Rome, El-Jay’s life had a huge musical influence from his father.

LA Buck, known as George Lemore in TV and movies, is now expanding his business and media empire, and is coming front and center with his album, ‘Bucktales’. Having collaborated with and helped pop culture icons like Shaquille O’Neal, Snoop Dog and Akon, LA Buck is now set to devote his talents to west coast sound – his own home.

Check out their new release and learn more about El-Jay and LA Buck on the links below and/or reach out via the contact information for interviews, collaborations, and promotional access.

El-Jay and LA Buck are both incredibly talented personalities (with 2.1 million, and 1 million Instagram followers respectfully) who have decided to cross paths to the glee of their fans worldwide and release a new single titled “I’m That Winner”. El-Jay’s childhood had a considerable musical influence, thanks to his father, which is apparent by the prowess he shows in his lyricism and imagery. LA Buck was always more business oriented and that led him to work with some of the biggest names in the industry and helped him create ‘Knockout Entertainment’ with Ray J, where LA Buck is currently president and partner.