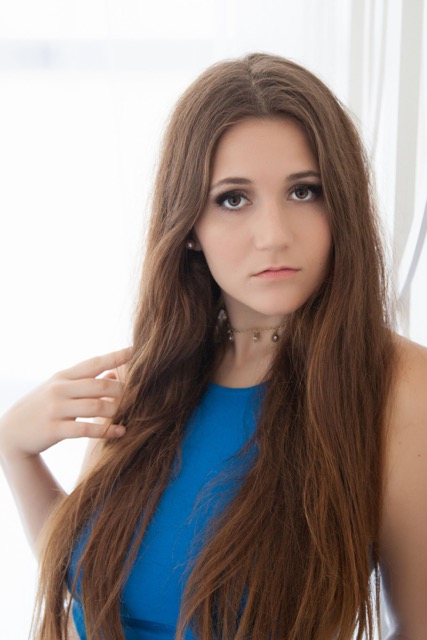 Anyone who watched and endured Mariah Carey’s painful and disastrous New Year’s Eve fiasco in New York City’s Time Square could conclude that another queen of pop had died on stage before the world’s very eyes. All together now, the queen’s career is dead – long live the queen. As with the passing of a monarch successor to the throne, a prince or princess takes the dethroned one’s place. And so it goes.

So who is our entertainment realm is worthy enough to wear the queen’s crown? Well, slaving away in obscurity over books, classes and seminars, within one of the kingdom’s institutions of instruction (the Berklee College of Music in Boston, MA, if you really want to know) is a yet uncrowned, once and future princess. Her name is Mina Alali (www.minaalali.com), and man can this princess sing. It’s stories like these that help commoners like us believe that fairy tales really can come true.

In the short space of little more than a year 19 year-old Mina has co-written and recorded a new album (22 Cents Less), a very well received Christmas single (What I Want), been featured in various entertainment publications, traveled from coast to coast performing at various venues as well as network television, donated her talents for charitable causes, and all while attending classes and taking exams at school. Unlike Carey (Queen Mimi), Alali (Princess Mina) does not have a major label record deal that affords her with a huge budget to record in the best studios, stay in the fines hotels, dine at the top restaurants and ride in limousines to get to her shows. I guess being on the road is not the same when it comes to Queens vs. Princesses.

As I’ve already pointed out our Princess is the total package when it comes to composing, recording and performing. She’s tied with Mariah Carey when it comes to vocal range and interpretive expression. In addition, both artists possess vibrant personalities and attractively good looks. Whereas the Queen does win hands down in the arena of appearances on popular TV series (like The Voice and Idols) and films (The Bachelor, Glitter, Wisegirls, You Don’t Mess With The Zohan, Precious, The Butler, etc., etc…) time is on the younger performer’s side. As Mariah edges closer to becoming a quinquagenarian forgetting the words to your own hit songs, teetering unsteady on stage and general performance agility and ability becomes more of a problem for an aging musician.

If that were not enough, the way Queen Mimi dealt with the aftermath of her New Year’s Eve sloppy show by playing the blame game and offering lame excuses only kept her catastrophe in the spotlight longer. The best way to handle a muck-up is to just let it go. Doing that shortens its lifespan in the current news cycles and gossip columns then puts it to rest in a more gracious and expedient fashion. I hope this new princess will take note and learn from this failure of her predecessor. Only time will tell.