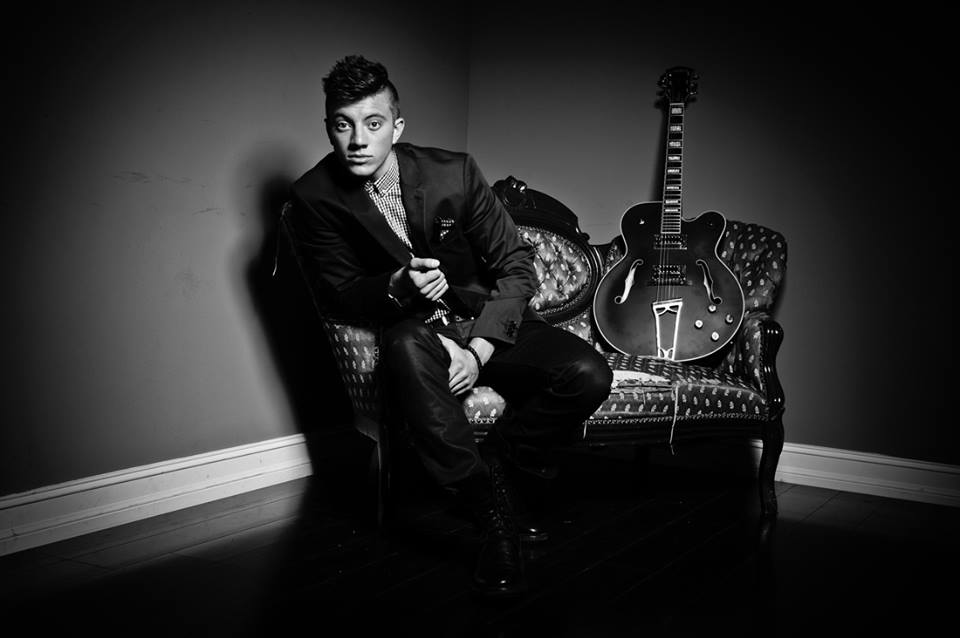 The six song EP debut from Alex Di Leo heralds the emergence of an important new songwriting talent on the modern scene. Without ever striking a single retro note, Alex Di Leo’s work recalls the solid command of songwriting basics distinguishing classic work while setting a bar for itself that it sound thoroughly of the moment at all times. It clears that hurdle with room to spare. It takes a compositional approach to its band sound with no one instrument ever gaining prominence and, instead, an unified approach puts it on different footing than similar work from his peers. There’s no familiar grinding and clashing from the star-making machinery here. Instead, despite his top billing, Alex Di Leo presents the sound of the six songs as a total band performance and not merely a talented singer and songwriter backed some anonymous, if highly skilled, accompaniment.

The title song is certainly a joint accomplishment. Di Leo and his cohorts raise a monumental racket with “So We Go” and it starts the EP off in celebratory fashion. There’s no childlike view of life, however, to be found in these songs. They find joy in the present no matter if that emotion felt scarce in the past and the songs communicate this life affirming energy throughout the release. Piano comes into the sonic picture on the EP’s second track “Making It Easier”, but the arrangement is much more complicated than before. Despite that, however, the band unreels its big guns with seeming effortlessness and realizes the song’s melodic potential. There’s a bit more of a cerebral thrust to the song “Reason”, interspersing spartan acoustic guitar and voice sections with much more brash fare, but it still comes off sounding quite lively and organic despite the deliberateness of its composition.

It is an interesting phenomenon about this album. The songs percolate and buzz with spontaneous energy while still feeling carefully chiseled. It encourages a feeling, listening to the EP that Di Leo is truly invested in these songs on a different level – they are unfettered expressions of his creativity that he has slaved mightily over to get just right. Few songs embody that idea more than the track “When We First Met”. The studied performance nonetheless rings out with surging creativity since Di Leo wants to, apparently, be all things to all possible listeners and has the talent to pull it off. The vocal harmonies are, like elsewhere on So We Go, a definite highlight of the performance.

“I’ve Been Waiting” represents another substantial achievement. This song relies perhaps a bit more on Alex Di Leo’s rock side than earlier tracks, but there’s enough here from the keyboards and production to set it apart from typically standard fare. It would seem plenty to finish the EP off on a resounding note, but Di Leo opts to scale one more mountain with the colossal closer “Waking Up”. The redemptive spirit of this song is difficult to miss and Di Leo throws himself headlong into the song. Many listeners will finish their first spin of So We Go feeling quite inspired and the sensation doesn’t soon vanish. This is a great work from anyone, new or experienced, and sure to set Di Leo off on a whole new journey.