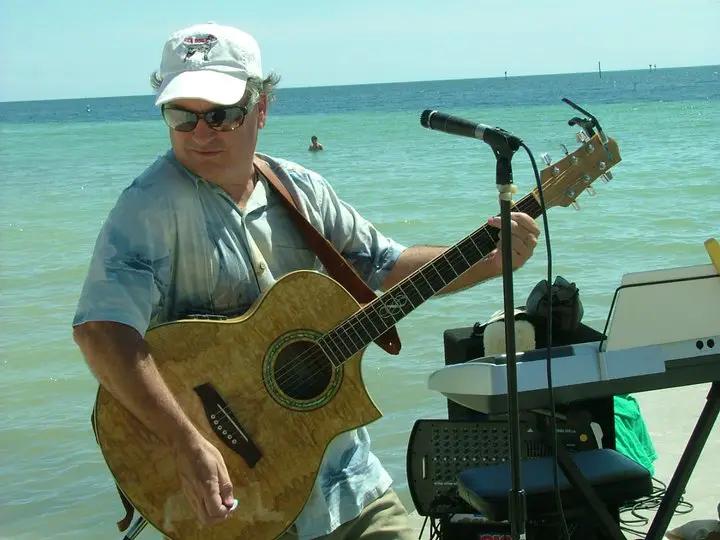 Key West, Fl — Thursday, December 26th, 2019 — People often fantasize about living on a tropical island. This music is from the viewpoint of Key West Chris Rehm, who lives on America’s tropical wonder, over 100 miles out to sea, Key West, a tropical island you can sail, fly, or even drive to! Nashville published and Key West resident for a dozen years, songwriter and author, Key West Chris captures a lot of fascinating observations, and shares them within the body of very interesting, unique, and cool music.

In all four seasons of the year, people gravitate to Key West from the U.S, but all over the world. It’s a mile and a half wide by four miles long of classic beauty and Key West Chris’s music captures it’s soul and vibe, in several different genres. In Key West, you’ll hear more live music in a 1/2 square mile than perhaps anywhere else on earth. Key West Chris’s a significant part of the soul of that music. It is now available through all of the download retailers.

Only four days after “All The Best From Key West” was released on December 17, 2019, the Ark of Music named it an honorable mention on their yearly top ten, saying “Fluid and fun. Spellbindingly flawless. A sparkling piece of thirst-quenching island-influenced Americana…. Every “t” crossed. Every “i” dotted. Key West Chris’s latest studio album, All The Best From Key West, is a testament to a lifetime dedication to the art of music”. As Key West Chris says “It’s a lot more fun laughing than complaining”

Island life in the American tropics, this is it! There are a vibe and energy that permeates on this archipelago of islands called The Florida Keys, culminating in Key West. Key West Chris’s music captures that energy and vibe on both his brand new release “All The Best From Key West”, as well as his previous release   “Shanghai’d and Marooned in Key West (things could be worse)”

The music of Key West Chris makes one cock their head and smile! While it can be sometimes somewhat sophisticated, at the same time it can be appreciated by those from all walks of life. Close your eyes, put in the earbuds, and take a ride around the island with Key West Chris.

Here’s all the insight on the songs and the making of Key West Chris’ latest release “All The Best From Key West”!

Key West Chris has been a musician in Key West for a dozen years. His music is highly unique, yet feels somehow familiar. It’s truly honest and sophisticated, while often having the listener smile. Music should make you feel good and Key West Chris’s music succeeds on all levels.