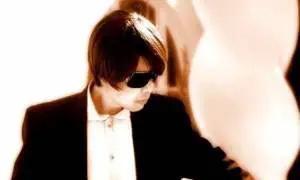 New South Wales, Australia – February 13, 2020 – The past 365 days have proven nothing but successful for jazz artist Andrew Farstar. He reached thousands on Spotify and placed in the Top 10 on US radio charts. Now he’s planning on repeating all of that and then some with the release of his new album, ‘Classics.’

Throughout history musicians such as Dionne Warwick, Phil Collins, and Elton John have poured their hearts and souls into the music they’ve been so kind to share with the world. This year Andrew Farstar is paying homage to these artists, and more, by giving them his signature touch on his 2020 release, ‘Classics.’ This album will allow listeners will find a variety of styles from jazz to pop featuring “Top of the World” and “I Don’t Want to Lose Your Love”, which are currently being played on some radio stations in the United States.

Legally blind, Andrew Farstar has always strived to go above and beyond what many believed possible for him. He’s worked harder than most and has achieved great things in very little time as his debut album dropped not too long ago in 2016. Since then he’s added a couple of more albums to his growing discography, including 2019’s ‘Hymns & Inspiration.’

Those interested in adding new jazz to their playlists, reviewing ‘Classics,’ or interviewing Andrew Farstar can reach out via the information provided below.

About:
Andrew Farstar puts his personal touch on iconic songs from the past few decades on 2020’s ‘Classics,’ out February 20th.