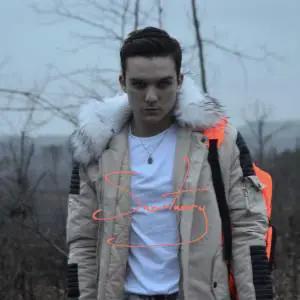 Birmingham, Alabama – February 3, 2020 – With a smooth, soulful sound that has elements of pop and hip hop weaved in between the lines, Birmingham’s Austin Riddle wants to not only show the world what he’s made of with his upcoming mixtape, ‘Sanctuary,’ but be the audible heart of his hometown.

‘Sanctuary’ is his latest mixtape will be released February 28, 2020, and will feature everything Riddle has tasted. See, Riddle doesn’t just hear sonic waves – he can taste them. He notes, “I base all of my creations on taste. When a sound doesn’t fit into the pocket I’m perceiving at the moment, I work on it until it does.”

With his taste buds working overtime, he was able to crank out a mixtape that showcases his piano skills as well as his intoxicating melodic ways. For those who want a little taste of their own, they’ll have it once the lead single, “Want It,” is available now on all major streaming platforms.

While Austin Riddle has his sights set on the world, he also wants to make his presence known locally. The singer-songwriter notes, “I want to represent my city in a positive light. I have a deep love for Birmingham and I want the city to have a young force to identify with. I want Birmingham to really feel like we’re apart of the conversation within the music industry.” He just may be able to do that sooner than later with upcoming shows in Birmingham as well as in Atlanta, New Orleans, Nashville, and Los Angeles.

Those interested in adding new R&B music to their playlists, reviewing ‘Sanctuary,’ or interviewing Austin Riddle can reach out via the information provided below.

About:
Austin Riddle is giving audiences a taste of what’s to come with the lead single from his mixtape, ‘Sanctuary.’ “Want It” streaming everywhere now, and expect the new mixtape to drop February 28th.