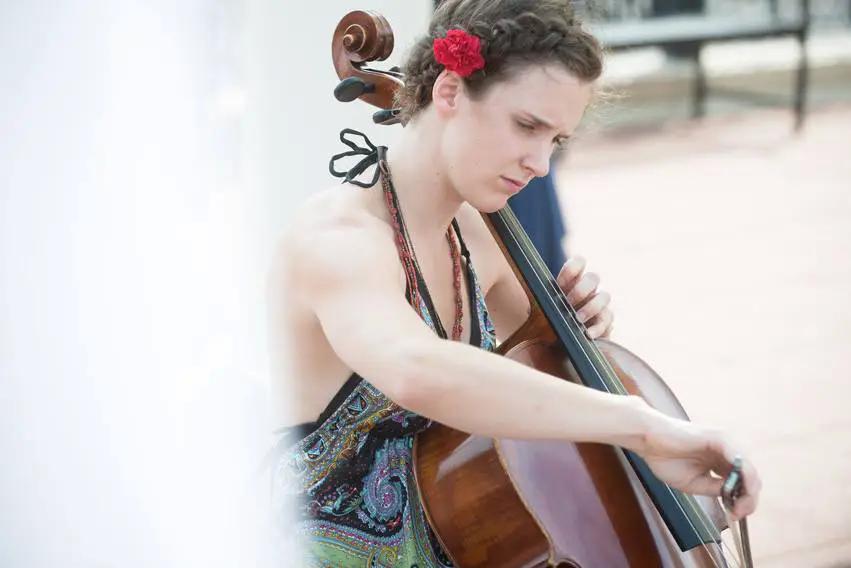 Minneapolis, MN — Friday, January 31st, 2020 — Minnesota-born songwriter and multi-instrumentalist Julia Floberg released her second album, Two Roads to Nowhere. The Americana-inspired record paints a landscape of beauty and hardship that reflects the cold winters, joyous memories, and painful losses that come with growing up in a Midwestern town. The album sounds range from rocking folk tunes with a full band to the sparse, soaring melodies of strings and vocals.

The new album, “Two Roads to Nowhere,” is a delightful and original fusion of the different influences that have shaped Julia Floberg’s music. Her formal training in classical music and her roots in Irish and Scandinavian folk music help shape the composition, vocal style, and string lines of the ballads on the album. The ballads are a refreshing contrast to the f0lk-rock sound that characterizes most of the record, an organic sound that grew from Julia’s collaboration with some of the finest local rock-and-roll musicians of the Twin Cities. The result is a nostalgic sound reminiscent of 1970s California. The album is a great listen for anyone who is looking for the lyrical power of a folk musician combined with the foot-tapping rhythms and powerful sounds of a rock-and-roll band. “Two Roads to Nowhere” is now available on most streaming platforms.

“Less singer-songwriter than I had expected this album to be, the way all of the instruments (and there are a lot of them from drums to piano to guitar and more) fit into each song is nothing short of perfection.” – Girl at the Rock Shows
“Julia’s new album is a dramatic 180 from her freshman album. She has stepped away from a traditional cellist opera style and added her own refreshing folk twist, which will help anyone shake off the rain cloud with the tapping of their feet from the new album.“ – Travis Meier, Music in MN

Julia Floberg continues her development as a Midwestern musician and songwriter with the release of “Two Roads to Nowhere.” The fusion of Americana sounds with folk and rock-and-roll, and even some classical influences, creates an original record with a hint of nostalgia. “Two Roads to Nowhere” is now available for streaming and download.

Listen to “Two Roads to Nowhere” and see exclusive footage of Julia’s playing at https://juliafloberg.com/listen

Julia Floberg is a cellist and songwriter from Minnesota. She has been playing music for over 20 years across the U.S., from concert halls of 900 to listening rooms of 30, and her music has been played on Classical MPR, TPT, KFAI, and KBEK. Two Roads to Nowhere, released May 2019, is her second album and her first collaboration with a band. Her band is Ben Peterson (drums), Pat “Rocket” Nelson (bass), Lightnin’ Joe Peterson (Hammond B3, piano, harp), Andrew Wozniak (electric guitar), Shane Akers (dobro), and Isabel Dammann (violin).