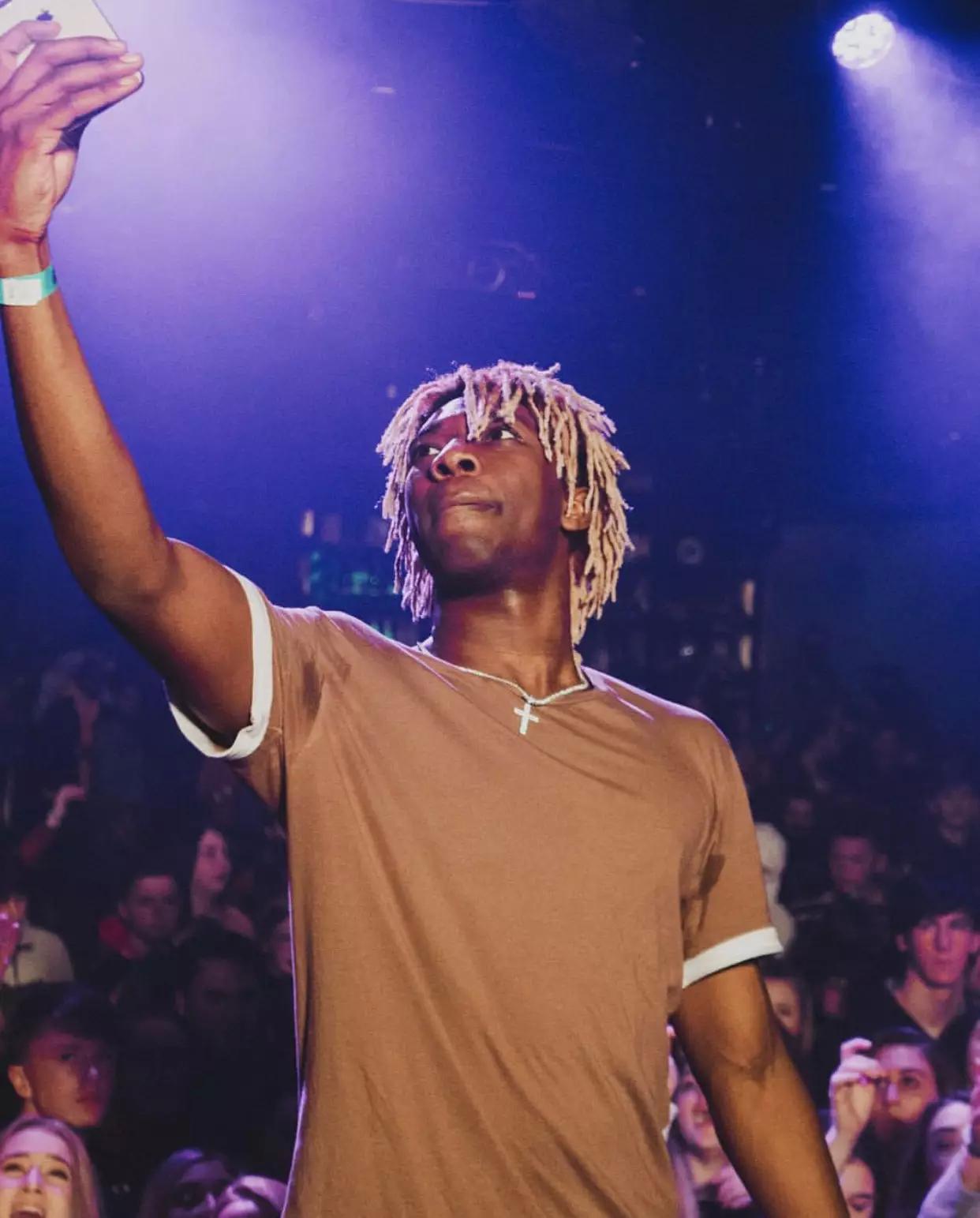 Buffalo, New York — Thursday, October 31st, 2019 — Musical Artist Mark Konye is rapidly taking over the underground hip/hop scene with tracks such as “Feugo” “Shut it Down” and “Nobody Knows” as listeners have repeatedly said “He adds a new dimension of listening to hip hop”. Konye’s career started less than a year and a half ago and he’s already altered the hearts of hundreds of thousands of fans with his “Heart Tugging” lyrics and overwhelming charisma resulting with him working with big names as the likes of “Goodmorning America” and “The Breakfast Club”. The young star is projected to be one of “hip hop’s greatest” proclaimed by many and compared to the greats from the likes of “Kendrick Lamar, Drake and Tupac”. The most stunning characteristic of the young artists’ music is his depths of emotion put into his variety of songs.

Konyes positive lyrics and youthful influence make a huge impact on the youth. His music is so commonly praised for having “such relatable content for all types of people”. Young artist’s music can be found anywhere from YouTube, Spotify, Apple Music, Deezer, Tidal, etc. His next projected project “Testimony” is set to drop before the end of 2019.

When asked about his music Konye replies “I think its the fact that I just honestly feel and believe in what I speak that makes people drawn to the genuinely, its raw emotion”. International Music Magazine  says “Despite making it big and even being invited to the good morning America, Mark Konye is a very down to earth person.”

Mark Konye has proved to be an artist of great potential, fans, and blogs all watch in excitement waiting to see what’s next with the young star. Does Konyes music have the potential to change hundreds of millions. The young artist is currently independent and not signed to any record deals. More from Mark Konye can be found on his Instagram “Konyethegreat” or his Twitter “Markkonye”. You can watch Mark Konye’s videos for free from YouTube

Mark Konye was born on 8th March 2001 in Niskyunia, New York and as of now (2019) Konye is 18 years old. Much about his educational background and where he attended school is not clear but some information points that he attended Shenendehowa High school. The star prefers keeping his life private and on his twitter and Instagram handles there is no much information about his personal life. Mark Konye is an American citizen by birth. He is known for his style of rap and a tweet he made about his mother and went viral.

Mark Konye started his music career back in the year 2017 when he released his first album no water over blood. The album was released on December 1st, 2017.