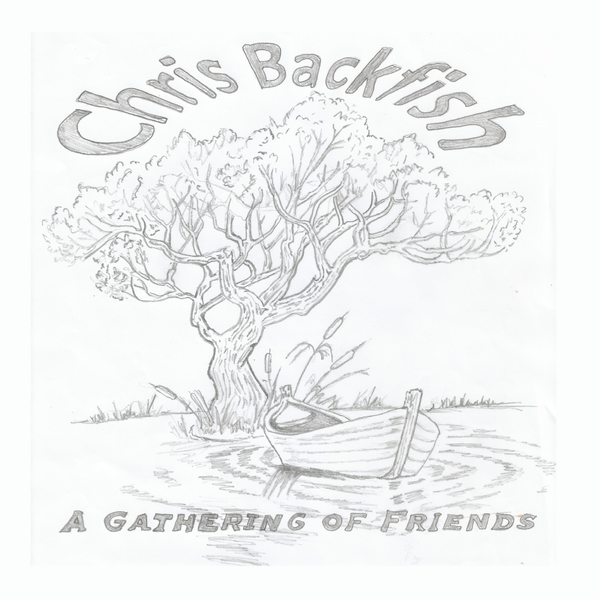 Terre Haute, IN — Friday, February 21st, 2020 — Chris Backfish Music is a brand new Rock/Funk/Folk/Blues mashup-artist from the Terre Haute, IN area who is working his way up the chain! Chris’s album “A Gathering of Friends” is out as of January of 2020. The seven-song track is a huge mashup of different genres that is easy to listen to while being fun and high-octane. Interested yet? Let’s continue!

Chris Backfish’s Music is working its way up, two singles are available on streaming services with the rest of the album purchasable on his website! The thing about Chris’s music is that it can be considered very unique while being relatable and calm.

Chris’s first album, “A Gathering of a Friends” was recorded in Nashville, TN. and had participating musicians such as Drummer Jim Thistle, Bassist Baron House, Flautist Rod January, and several others. The album was mixed and mastered by Tom Whiteman and was backed financially by himself and several others.

Chris also has a full band at the ready to play wherever, whenever, and at affordable rates, the band plays all original material and is bookable either at the website or by emailing them at [email protected]!

Chris Backfish is a working singer/songwriter playing straight from the heart. With a fresh album and a band ready to roll, he is pushing right along the game!

Go to chrisbackfishmusic.com to check them out!

Chris Backfish is a Singer/Songwriter from Terre Haute, Indiana who has just released a fresh album into circulation. Chris has an active band and plans to book shows and festivals coming into 2020 and 2021! Chris’s Music consists of many different mashup genres such as Folk, Blues, Rock, and Funk, so check him out at his website at chrisbackfishmusic.com!