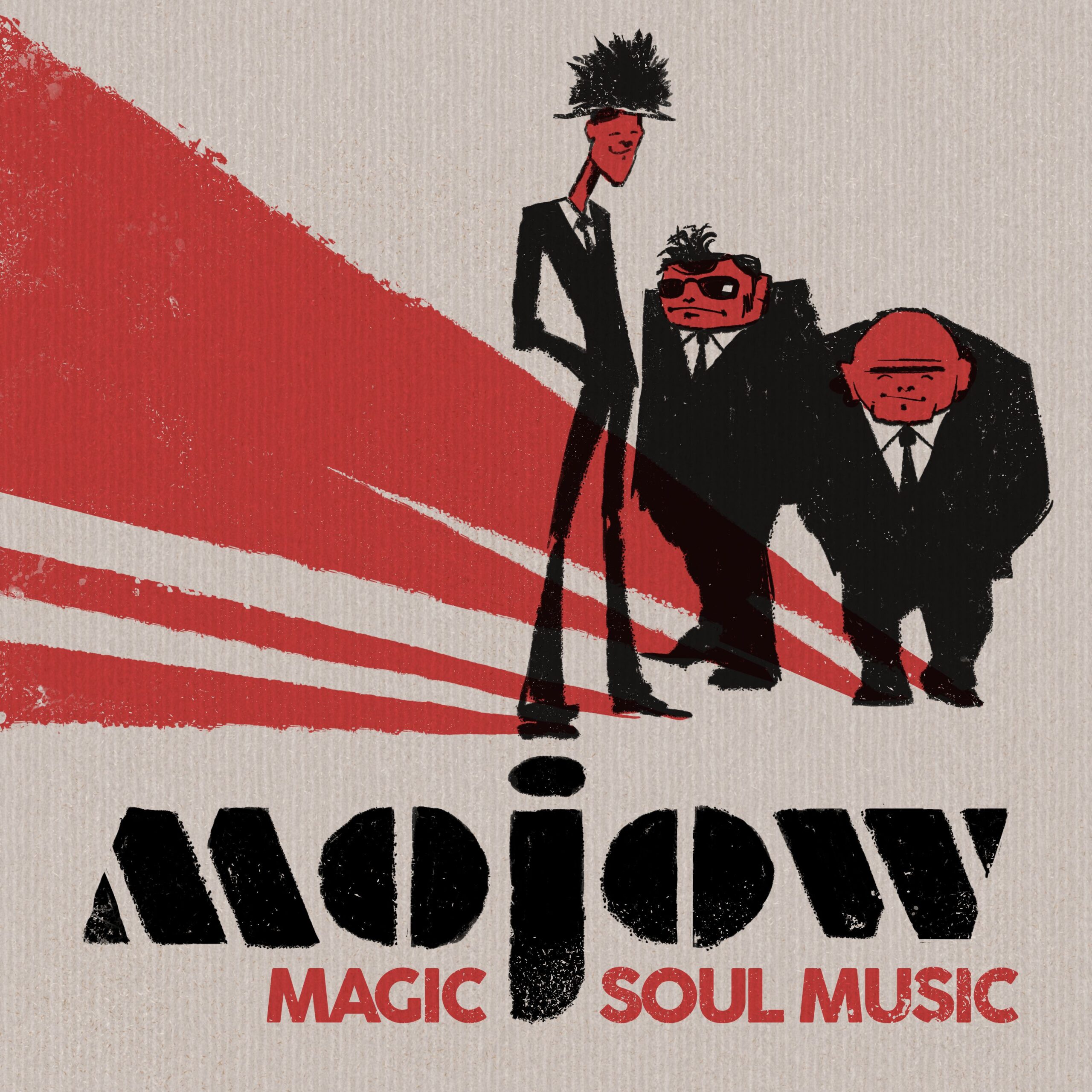 Armed by a symphony of songs melding and marrying together seamlessly, eclectic musical trio MOJOW is sending ripples in Rock, Soul, and Funk genres.

Chateau Landon, IDF/Pays de Loire, France — December 3rd, 2021-Driven to rock the world of listeners of Soul, Funk, and Hard Rock, MOJOW marks their return into the music industry, with yet another scintillating single. With their exciting original EP titled, “MAGIC SOUL MUSIC”, the band mixes together rhythms and beats seamlessly.

With their characteristic use of the Baryton sax, MOJOW includes the musical prowess of the band’s lead vocalist and guitarist Nanex Crooner, complemented by Jean-François Guédon (Youl) on drums and Benjamin (Benjamin Kurpisz) on baritone saxophone, spinning magical rhythmic combinations. “MAGIC SOUL MUSIC” forms the band’s third 5-track EP, characterized by all that the French trio is good at and more.

On the crossroads of Rock, Funk, and Soul, “MAGIC SOUL MUSIC” marks the culmination of a journey that began in 2016, when Alex (Nanex crooner) offered Benjamin and Youl to try a new musical experience in a trio. The band’s musical compositions feature drums and vocals accompanied by the baritone saxophone which makes the bassline.

Taking on 2021 with their tantalizing and immersive Hard Rock music with the song called ROBOT, MOJOW’s latest release dropped on June 21, 2021, and highlights the band at their very best. Having already captured audiences at more than 30 gigs in France, the group is now looking forward to furnishing their EP’s physical and online album release with international digital distribution, radio, web, satellite broadcasts, etc.

“With Mojow you have something that belongs to you because there is a skillful mix of influences so that we say to ourselves: here it makes me think of such and such a group … well the next bridge we go back to another one which has chosen we do not expect”, says the journalist of radio france regarding their music.

With singles such as “Magic Soul Music” and “Cookie Barbecue”, the band showcases a groovy, electric, and exciting mix of rhythms, driven to make a mark.

Stream MOJOW’s stirring new EP on their official platforms and follow them on social media to stay up to date with new releases. Contact the band through email for interviews, reviews, bookings and/or collaborations.  MOJOW is also actively looking out for more gigs out of France as well.

A formidable force in the world of Rock, MOJOW are driven to make it big in the music industry. Making a name for themselves while exploring the many tangents of soul funk and Hard Rock, the eclectic band is based in France and includes the talents of lead vocalist and guitarist, Nanex Crooner.

Nanex Crooner began playing guitar at 20 years old after a broken leg and has ever since been a part of various bands as a professional guitarist, making his own project with good friends in 2016. Coupled with Benjamin and Youl, Alex (Nanex Crooner) brings to the genre a new musical experience in a trio. Using drums, vocals, guitars, and baritone saxophone, the group is ready to beat all odds and take over the world with their musical motivations.