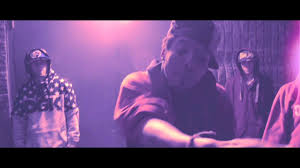 Dopekiid “The Most Un-Likely To Succeed” (MIX TAPE)

Ottawa based Rap sensation “Dopekiid” has released his Debut Industry Mixtape aptly titled “The Most Un-Likely To Succeed”. Deriving this term from a genuine source of Hunger, Dopekiid reaches out to a variety of sounds, striving to appeal to the masses while still feeling fluent. With Records like “Hallejujah”, “Ridin’” & “Smokeout” The Listeners are brought into a world that’s “Deeper Than Rap”. Working on the Project since late December 2013, DOPEKIID has had ample time (More than some Artists give themselves) to create a sound of his that is admirable & unique to only him.

“The Most Un-Likely to Succeed” is one Mix Tape that certainly doesn’t disappoint. This is Rapper/Musician that brings to the table an effective songwriting craft with a highly impassioned musical delivery. This meshed with a one in a million signature sound and smooth as silk visuals/vocals make for an effective combo. The music of Dopekiid touches on Rap, Hip Hop, and even Ambient Dance-Pop with hints of what I would call Urban Chill. I like to call it Hip Pop. This latest MIX TAPE delivers thick grooves with crystal clear clarity and addictive beats and melodies throughout. All pieces are wonderfully simple but masterful in their overall arrangement. Music reminded me of a cross between Rick Ross, Chainz. Birdman, Young Buck and Gorilla Zoe. I can also hear Ace Hood, Jeezy and Mannie Flash. “The Most Un-Likely To Succeed” is quite entertaining and highly entertaining overall with a vocal front that pushes the envelope hard and draws you in. But getting back to Dopekiid he’s quite appealing at every angle If he has a slam dunk live presentation well he could be bigger than any of us realize at the moment. At the end of the day “The Most Un-Likely To Succeed” by Canadian rapper Dopekiid delivers the goods and then some. It’s an amazing musical snapshot that proves yet again Canadan should never be underestimated for cutting edge music. Dopekiid is a capable artist, performer, songwriter and musical personality. One would be wise to keep an eye on him over the next few years.

Criticism: Mix Tape is bit short compared to what’s out there right now by similar artists.

Bottom Line: Dopekiid is clearly doing all the right things in his attempt to connect with a cult fan base locally or abroad. He has proven himself as a hot up and comer with this latest Mix Tape and is clearly a surging talent right now. I must admit he sucked me in like a powerful drug and refused to let go long after the CD was over. This usually indicates he is something special about the artist or band in question. Thus deserving praise, recognition and musical fame at the international level. Need I say more?

HOSTED BY: THE CAVEMAN & Completely Mastered/Engineered By: LJ Jagai (@TheincredibleLj), The Most Un-Likely To Succeed is an EXPLOSIVE introduction to DOPEKIID for Ottawa, The Canadian Music Industry & The World.