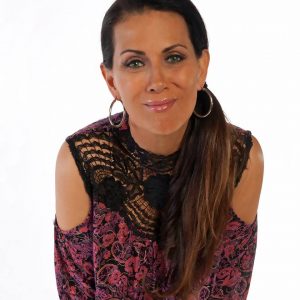 Downie Streahl – Run Away With You

“Run Away with You”, the latest single from Michigan born vocalist and songwriter Downie Streahl, gives lie to the idea that pop country is incapable of making substantive musical statements. Her artistry in a number of different musical form, including jazz, means Streahl possesses the technique to inhabit any style and invest it with the same emotional credibility she brings to anything she does. Despite appearances in notoriously plastic places like Las Vegas, there’s nothing plastic about anything Streahl touches and the awards and critical plaudits she’s accumulated from every quarter testify to her enduring value as a performer. This new single will burnish her blossoming reputation and, as an early taste of her forthcoming fourth full length album, “Run Away with You” promises even greater heights remain to be scaled. This is a performer who can transform any material into musical art.

It’s apparent from the first few seconds. Few songs you’ll hear in this young year come at you with the same irrepressible spirit of this song. Streahl’s voice and guitar open the track in a tight, vibrant duet before the rest of the band comes in behind them. The guitar is warm, well recorded, and plays in a distinctive style that some will be pleasantly surprised by. Typically, songs such as this have straighter melodies, but Streahl’s arrangement challenges vocalist and listeners alike with a fresh melody that takes some surprising turns and gets over with ease despite the relatively brisk arrangement. The full band’s entrance into the song doesn’t arrive with a resounding thud. Instead, the drumming turns things up to a higher level and the reliance on hi-hat and snare drum work gives this optimistic track an even bright exclamation point that separates it from the customary paint by numbers efforts in this genre. The music makes this song full of hope, summer light, and a cheerful spirit that’s refreshing in light of the self-centered despair and rumination so often affecting modern songwriters. Moreover, she doesn’t take any short cuts to get there.

Her vocal underscores everything the arrangement accomplishes and gives the track an added shot of spirited emotion. Streahl, however, is far too disciplined of a singer to ever let this song fall into the cheap histrionics mentioned in the preceding paragraph. Instead, she’s obviously paying a great deal of attention to what the music is trying to do around her and zeroes her voice in on supporting their efforts. This sort of “song first” approach is what separates the shooting stars in modern music from performing artists capable of sustaining long careers. Some might dismiss this track out of hand as some giggly light-hearted fluff, but listening to it with an open mind will convince all but the most cynical that this is something different. Instead, it’s a sincere invocation of true happiness in an era where too little is actually sincere. “Run Away with You” has ample charm, musical value, and will certainly entertain listeners of every stripe and persuasion.