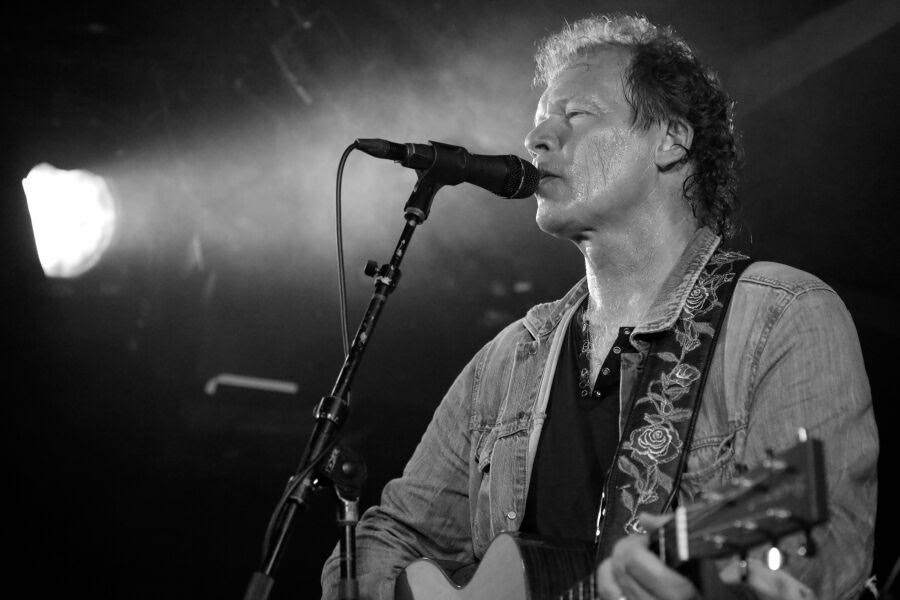 Like a rocket launching into the heavens above us, the Gary Douglas Band’s new album Deep in the Water doesn’t waste any time letting off fireworks with the blistering “River Road,” which has been conquering indie country radio waves since its release earlier this year. The buzz around “River Road” has led to even more buzz surrounding Deep in the Water, but when “Million Miles Away” starts up it becomes quite evident that Gary Douglas is anything else but a one hit wonder. The sonically eclipsing folk ballad is significantly milder than the opening track, but it’s nonetheless a captivating bit of American soul, the sort that some of us feared had all dried up in this great land of ours.

Deep in the Water’s titled track is its most dark and haunting, driven by a calculated guitar riff that casually descends towards the earth after taking us high into the mists of space. It’s a good primer for the country funk of “Oh My Oh My” which takes advantage of the killer amplification that the Gary Douglas Band employs in all of their performances, whether they’re at home or out on the road winning over new fans. It doesn’t do much to prepare us for the blues ambience of “Devil in Her Soul,” but who am I kidding? Nothing is going to be able to prepare someone for that kind of dirge – it’s sumptuously sexual and gritty; everything that rock n’ roll robbed from the blues and incorporated into its own identity.

“Nothing Ever Goes as Planned” starts off with a string part that reminds me of later John Denver, but once Douglas starts to sing he brings the entire picture into the 21st century with his strong, aching voice. This was actually my favorite song from the album. It’s evocative, rollicking and movingly relatable for anyone who has lived in these turbulent American times. “Wild Child” is just raw honky tonk, while “Won’t Say No” balances things out with a bit of reflection amidst all of the extroverted cries. “Do You Wanna Go” is a spiritual sequel to “River Road,” but it ends on a bit more of a stoic point than its counterpart. There’s no going backwards on Deep in the Water; only looking ahead.

“Losing You” brings a little splash of that funky edge that Gary Douglas has cultivated in the last couple of years following Keepin’ Faith, his critically acclaimed 2015 album, and sets things up perfectly for “Say What You Want to Say,” which brings Deep in the Water to an immaculate conclusion and leaves anyone with a soul in the palm of Douglas’ hand to stay. I went into this album blind, unaware of what I would be listening to or how I would feel when it was all over. Stirring, thought provoking, a deeply focused album; I could try and summarize how I feel about Deep in the Water dozens of different ways. But I’ll give you as straight as I can – you need to hear this record. America, right now, needs to hear this record.