Heroes Rize Hi is a fusion of varies different genres, with lyrics that will cause you to think and open your mind. 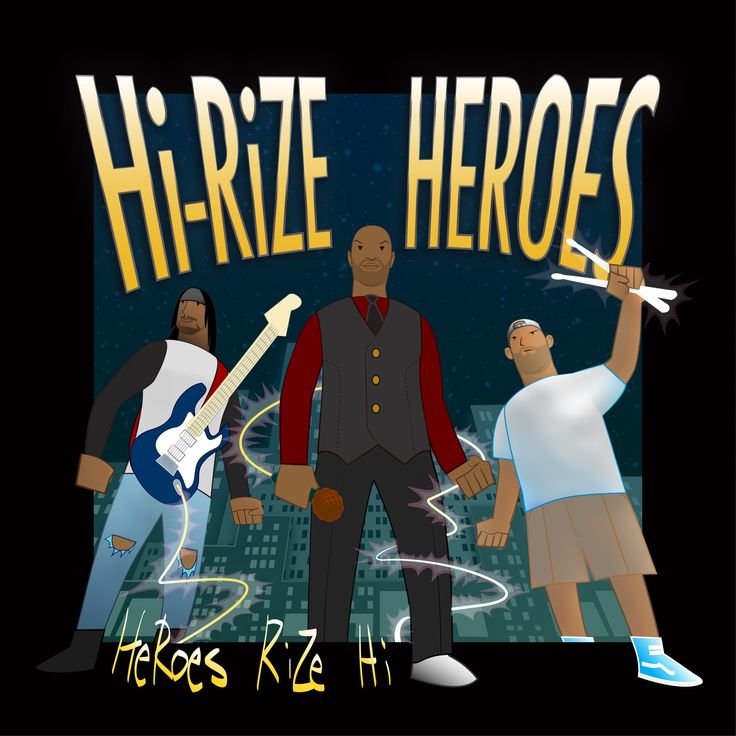 Fort Lauderdale, FL, USA — Saturday, March 21st, 2020 — This is a progressive sound that deserves to be spread. The album is a massive blend of everything from Alternative Rock, to Funk, to Hip hop etc.

The album was released on 1/10/20 and since has been doing very well spread off of several different platforms ranging from streaming sites to blogging sites. Which has earned the Band plenty of recognition and is rapidly increasing their audience globally.

The Hi-Rize Heroes are a new group with the potential to change music for years to come.  With the right push and work ethic can really make a statement that few other bands in this age are able to.

There’s no fear Hi-Rize Heroes is here! In the lab of their South Florida, Hi-Rize headquarters, The instrumental hip-hop trio experiments with hard rock guitars and polyrhythmic beats to deliver conscious raps of reflection, triumph, and perseverance. The Heroes continue to maintain their top 10 position on the ReverbNation Fort Lauderdale, Alternative/Hip Hop charts by releasing quality content, playing local shows, and networking with fans.

When artist JT Westbrook (Lockheart) moved to South Florida to pursue a career in tattoo, he met Ophik Parmat (OP Muzik) a young drumming student. They began jamming and playing local shows around Hollywood, Florida. Influenced by 90’s bands Incubus, and Red Hot Chili Peppers as well as early 90’s hip-hop acts like Bone Thugs-N-Harmony, and Snoop Dogg, the two began looking for a full time lyricist to write songs with. The trio was finally complete with the addition of Cleveland native Schuyler Williams (SkySkraper), whose thought provoking lyrics and spontaneously combustible freestyle raps attributed to the loose drum beats and heavy guitar rhythms established by the early duo.

In 2019 Hi-Rize Heroes released two singles “Livin in the Moment”, and “Champion$hip” and booked a number of shows across South Florida in preparations for their album Heroes Rize Hi- which was released January 2020. The album’s single “Classik” showcases the band’s new direction and journeys into jazz and R&B soundscapes. Currently the Hi-Rize Heroes are seeking to build their following in the South Florida area by booking live events, staying active in social media, and connecting with fans. Be on the lookout for the Official Music Video for “Classik”