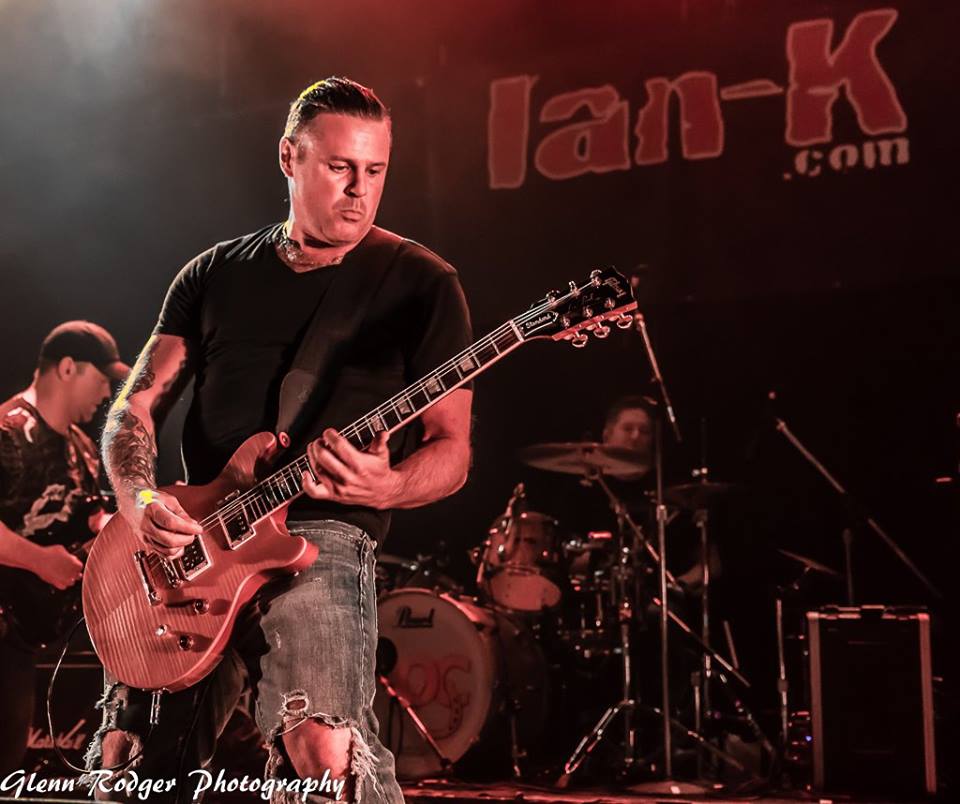 Ian K is a well-seasoned Canadian indie music artist that has played on some of the biggest stages to be found anywhere, and has had the good fortune to play alongside some of the big names in music in Canada, including members of Our Lady Peace, Platinum Blonde, Von Groove, and even Jake E. Lee’s Red Dragon Cartel.

He has even sang unreleased tracks with Slash and Velvet Revolver. In February of 2015 his first radio release “Linger” broke the National Radio Airplay Top 50 Rock chart as measured by Digital Radio Tracker. His latest is “Your Hero.” This is a solid track that reminds of everyone from 70s greats Black Sabbath to 80s metal acts like Riot and others. It’s just an influence in the sound, nothing more. But he seems to draw from the 70s and 80s well of hard rock. It’s just obvious that this is not some crooner or balladeer, he’s a wilder animal who is less confined but stays aware of the importance to balance things with a sing along vibe. Once you hear the first guitar notes you are hooked and not letting go until it’s over. The crisp and clean vocals keep you interested all the way, and the storyline gets better as it goes. This has a pulsating rhythm section that bites right through the guitar and vocals, with a perfectly even mix. It’s produced very well, but I have no background on any of those particulars, but nevertheless they deserve due credit. If only there was more like a whole album to chew on. The song deals with falling short of helping others who expect more than a man can possibly give. Plenty of rock artists can use a drink from his bottle of energy. It’s not going around in abundance anymore, as energy levels seem to be going further down, rather than up, in this day and age. Ian comes off both Heavy and comprehensive at the same time, it’s like closing your eyes and being back in the day. And for an artist out of Canada, he has a world class appeal. But where are all of the ears to find him anymore. That’s something I can’t stress enough. Independence is great, but wide circulation is even better. This is why I review music, to do a part in getting it to more people. I just wonder how often the industry is lurking and finding it, and taking it to heart. If it changes things for one artist I’ve done my job. It’s just so hard to get the word out no matter what. What Ian’s music is missing is nothing, so, the industry takes another loss if he never reaches the masses. Playing in Canada isn’t so bad though, it is a big country with some meccas to plunder. Perhaps the goal is to stay grounded there while he gets more recording done, because he doesn’t have much out there, although he’s no rookie either. He can really make you wonder where all the great players are, so, needless to say I am on board. All there is left to do is hope that readers follow the suggestion to seek this single out and stay on his trail for more. There is only so much to be said about one song, so the artist himself could use a lot of exposure along with it. This contains everything I long for so much in this disjointed music landscape full of Americana and other light hearted style of music going around.

If I were to compare this one track to it all, I’d take it over them any day. It helps bring back that old school style, but it maintains a modern sound that requires it to be heard more. This guy is a rare talent, and he will go aar if he keeps this up. Most artists want to be exposed or why be out there recording and performing, and Ian K deserves all ears for his efforts.

One thought on “Ian K”