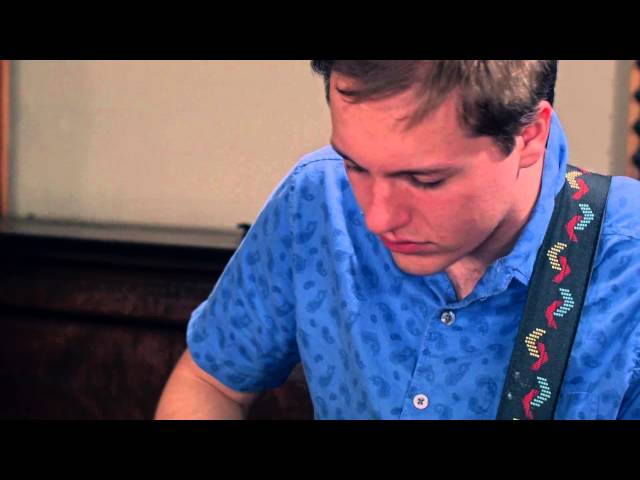 Jordan Burchel’s 2014 debut Mood Swing featured a largely acoustic approach with an abundance of artfully employed keyboards, synths, and interesting percussion. There are hints on those songs, however, of the approach that full blooms on his latest full length Vowel Sounds. His creative approach to incorporating keys and catchy percussion into songwriting remains strong on the new album’s ten tracks, but the introduction of a muscular guitar sound on many of the cuts stands it far apart from his previous release. Another added element from the previous release continuing to hold sway over these new songs is Burchel’s interest in invoking atmosphere to buttress his, ultimately, direct songwriting, but it’s the growing influence of guitar over his music that makes Vowel Sounds such an exciting listening experience.

The first track, “Paper Face”, serves ample notice of this fact. Burchel, unlike many talented guitar players, abbreviates his guitar lines in such a way they are rife with tension and melody alike. The lyrics are delivered in close concert with the music and they are memorable for their sincerity and the unvarnished way he puts over his emotions. The dissatisfaction in this lyric and others won’t find favor with everyone, but it will resonate for anyone once young who came of age with similar feelings. Other songs, however, come from a less personal place and aspire to greater universality. “Why They Call You Blue” slows down the pace heard in the first two songs and wrings a lot of drama out of the slowly developing arrangement. The lyrics come from a very personal place, but Burchel’s words are reaching more out here and aren’t so internalized.

“Blesh” has a particularly interesting arrangement thanks to how it rises and dips, almost imperceptibly at times, and interweaves the softer touches of Burchel’s songwriting with his new found sonic power. Like the other tracks on Vowel Sounds, it’s a superbly produced effort that sounds like the product of top shelf professionalism. The middle of the album is its real peak – there are fine songs near the beginning and end that rank among the best, but it’s the midway point where Burchel takes full flight. “Constants” is a wonderfully wise piece of songwriting, particularly considering his age, and shows how much thinking goes into his lyrical content. The first half has a restrained, but emotional quality, fueling the music and it takes off nicely in the second half thanks to the addition of horns.

The electric guitar erupting from the mix in “Coffee Breath” will make you sit up and take notice. This is one of the album’s more intense numbers, in part thanks to the aforementioned quality, but the dynamics are equally compelling and the lyrics mix general and specific imagery in an interesting way. The same sharp edge provided by the guitar on “Coffee Breath” recurs in “Unfeeling Everything” and it is, in some senses, the darkest moment on the album despite the confident sound and musical attack. Vowel Sounds ends with two shorter songs but their brevity doesn’t mean they are throwaways. The first, “Jade Figurine”, is an acoustic track quite reminiscent of the work on his first album while the album’s finale, “Kulterator”, is a much more ambient sounding tune that builds from its relatively sedate beginning to a chaotic, emotional conclusion.

The leap from Mood Swing to Vowel Sounds is enormous. Burchel’s songwriting continues to be fleshed out with new instrumentation, expanded upon, and pressing hard towards higher emotions than what even his fine debut achieved. This is a powerful album with tremendous musical imagination.