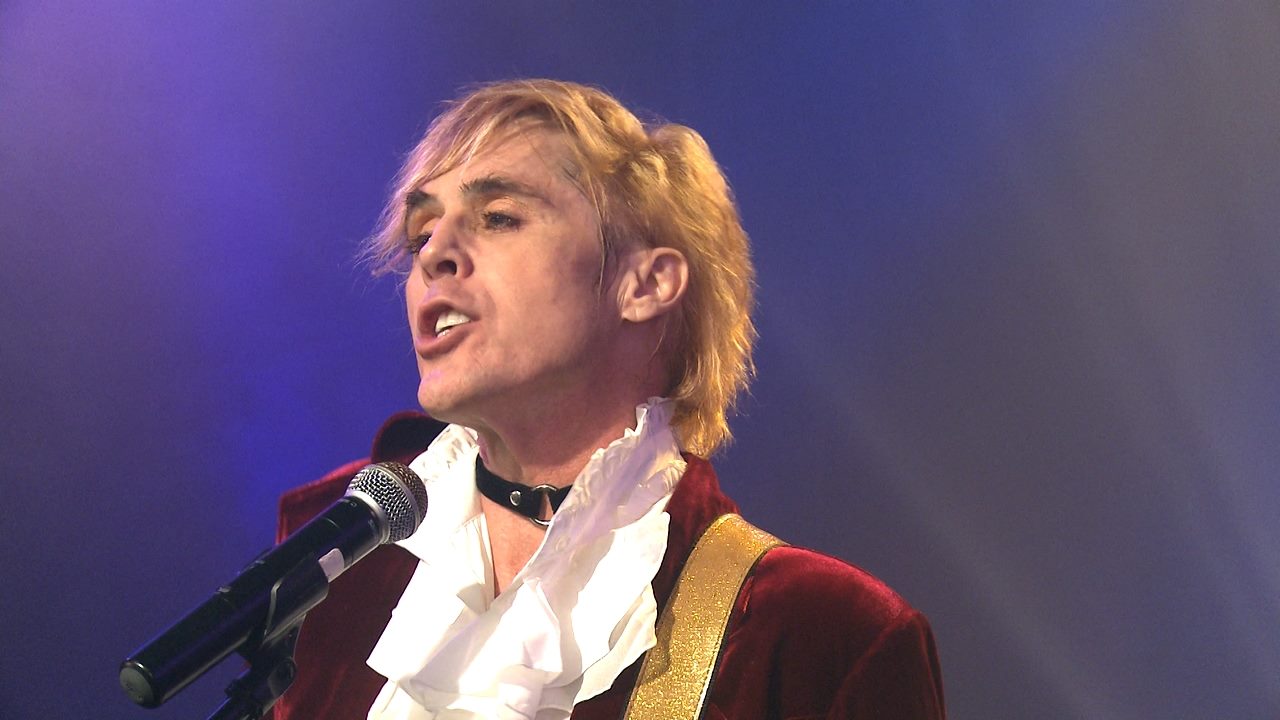 Jupiter in Velvet – In2 the Arms of Love

Ten songs almost seem redundant here. Jupiter in Velvet’s latest album, In2 the Arms of Love, will curry favor from its intended audience within the first few songs. The newest full length studio recording has tremendous spark and more than enough rock-fueled power to make longtime fans smile and make tons of new converts. His songwriting and performances has a lot of raucous attitude, but the lyrics and subject matters promote a strongly personal and upbeat edge reminiscent of iconic artists like The Beatles, Bowie, a dash of Marc Bolan, Prince, and even a little Jimi Hendrix dropped in for good measure. It never sounds imitative however. Jupiter, instead, refocuses those influences through the prism of his own philosophy and it emerges as something uniquely his own with more than a fair amount of charisma sparking from the musical arrangements.

The title cut begins the album. The same impassioned sound defining Jupiter in Velvet’s earlier efforts remains intact here and, if anything, he seems like an artist learning to incorporate the disparate elements of his style more artfully with each new release. He has a real talent for building to memorable choruses and this track exemplifies that. “’Till the End of the World” is like a coiled snake flexing its musical muscles from the outset. Jupiter in Velvet’s guitar spits out clipped lines and the percussion locks in tight on this machine gun rhythm while still managing to imbue the song with a noticeable swing. He simplifies his customary approach with the album’s third song “I’m So Ready”. There’s a perhaps deliberate echo in this title harkening back to the Muddy Waters blues standard (later adapted by English and American blues rock acts) “I’m Ready”. Even if it’s a happy accident, however, the song embraces the straight forward attack of rock and roll at its melodic purest.

In2 the Arms of Love shifts gears some with the song “How It’s Gonna Be”. This has a darker hued edge than many of the album’s other songs and there’s enough electric guitar brought into the mix to give the song’s sound variety. Electronic play a more important role on the track “Supercharged” and it quickly segues from a brief atmospheric beginning into a powerfully energetic track with a great chorus. There isn’t enough made about the influence of alternative music on Jupiter in Velvet’s songwriting, but that influence is strongly felt on the song “Mars Ain’t that Far”. Jupiter in Velvet tears into the lyric with great gusto and matches the musical intensity every step of the way. In2 the Arms of Love closes with its longest track “Walking Thru Time”. After an extended instrumental preamble, the song begins in earnest and it is clearly focused on making a dramatic last statement. It ranks as one of the best rock songs on In2 the Arms of Love and makes for an impactful ending to this release. Jupiter in Velvet has incredible consistency and a wide stylistic range – his previous release are shockingly devoid of filler and In2 the Arms of Love is no exception.