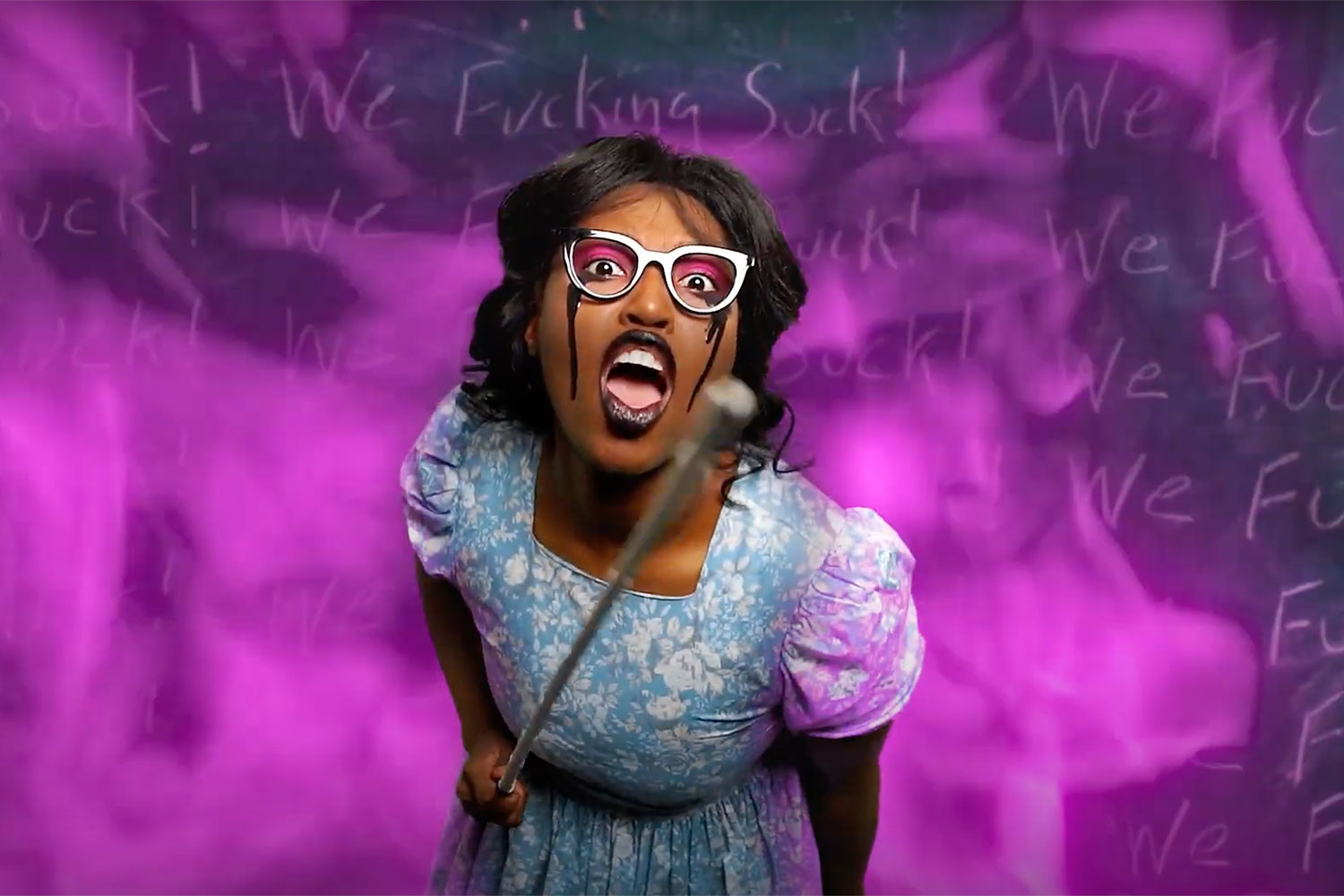 In punk rock, the attack is everything – and I really do mean everything – that matters when determining the depth and potential of an act, and in the case of the hard-hitting Lesibu Grand, it just might be the greatest attribute she has going for her in the new single “WFS.” A scathing political diatribe that scorches the speakers with its glaring guitar riff soaked in a smart distortion (no L7 rip-offs here), “WFS” is an identity track that lands on record store shelves at just the right time this autumn. With an election over but a familiar apathy starting to sink back into the public consciousness once more, this artist has a lot of work cut out for her this season.

The energy that Lesibu Grand is bringing to the table aside, the way she was able to design the flow of this song is really smashing and worth some praise all by itself. Every component of the instrumentation and her vocal presentation is really fluid, allowing for all of the melodic faceting to run together and create something jagged and piercing on purpose. She’s very deliberate in her execution, and when looking at these results, it’s no wonder why.

When I first watched the music video for “WFS,” I immediately knew that Lesibu Grand was making the right moves to capitalize on the cultural demand for her music in 2020. It visually translates the concept for the song really well, and with its underlying acknowledgements of passive sexism, racism, elitism and bigotry of all forms, it feels almost profoundly angst-ridden in the best possible way. She isn’t complaining for the sake for hearing her own rants here – she’s setting fire to an establishment that doesn’t make sense to anyone, nor the world we live in these days.

While some of her contemporaries are more than happy to offer you some crudely bastardized version of what punk rock used to be with their own output in 2020, I can vouch for the authenticity and brilliance of one Lesibu Grand personally this fall. “WFS” sees this talented singer and songwriter living true to what alternative music was always meant to be and represent, and for what I look for in the genre’s best content, this is definitely the sort of sound I would hope to find more often than I actually do. Lesibu Grand is setting the standard here, and she deserves credit from her scene for doing as much.