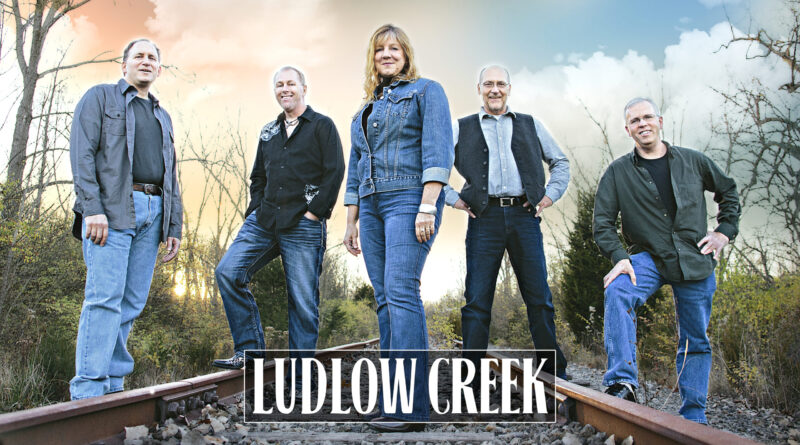 The biggest bands to come out of Ohio are worth debating, but there’s no denying the sheer power of Devo, The Isley Brothers, Nine Inch Nails, and The Black Keys — it’s probably gotta be one of them depending on your favorite flavor of music, and if you disagree, you’re probably gonna say it was Wild Cherry. Regardless of who the “best” and “biggest” are, Ohio is a state that is full of talented bands looking to make their break and talented bands who have already done so. The Ohio water must be tainted, but I’m too far away to say. One band who might be able to attest to the super-powered water of Ohio, though, is Ludlow Creek — because creeks are made from water, and because Ludlow Creek is made from… Ohio.

Ludlow Creek’s latest LP Which Way Is Forward? is a pretty substantial album for a band still finding their sea legs in their current iteration. It’s rare an album this early in a band’s career feels this fully formed but in the case of Ludlow Creek, they often come across as a rarity. Giving listeners a variety of tracks in length, approach, and style, Which Way… is an album that will stick out in the audience’s memory for a long while to come.

Songs such as “Stoney Lonesome Road” and “Last Call” showcase the band’s grasp on what makes a song’s structure so powerful — the former acts as the album’s lead single, and for good reason. “Stoney Lonesome Road” offers up the story of a man whose life is tied to a specific place (the titular road) and the evocative lyrics chronicle his life in both the past and present. It’s a powerful track to posit as the lead single and a smart move on the band’s part as it captures everything that went into the making of Which Way Is Forward? on a technical level.

The album is smart in its use of instrumental tracks, too, as the eclectic “Chiano Morning” mixes bird sounds, guitar, and flute — it’s in the first third of the album and the placement will take listeners by surprise but it’s a pleasant track that shows off the gorgeous composition. “Sunrise in the Trees,” the album’s final track, similarly feels unexpected (especially when following the grand, nearly-eight-minute-long “Never Knew the Man”) but ends the album on an uplifting and optimistic note. The way the band can sprinkle in smart tinges of instrumental composition to fully flex everything they’ve learned is a skill most bands could benefit from incorporating; it helps with the album’s pacing, too, and led to Which Way Is Forward? becoming a superior album as a result!

The fresh new direction Ludlow Creek seems to be headed is impressive, stylish, and (most importantly) new. There aren’t many bands these days taking swings, so for Ludlow Creek to arrive on the scene swinging for the fences, it’s a good day. They aren’t the biggest thing out of Ohio, but that doesn’t mean they won’t ever be. The ambition is strong.