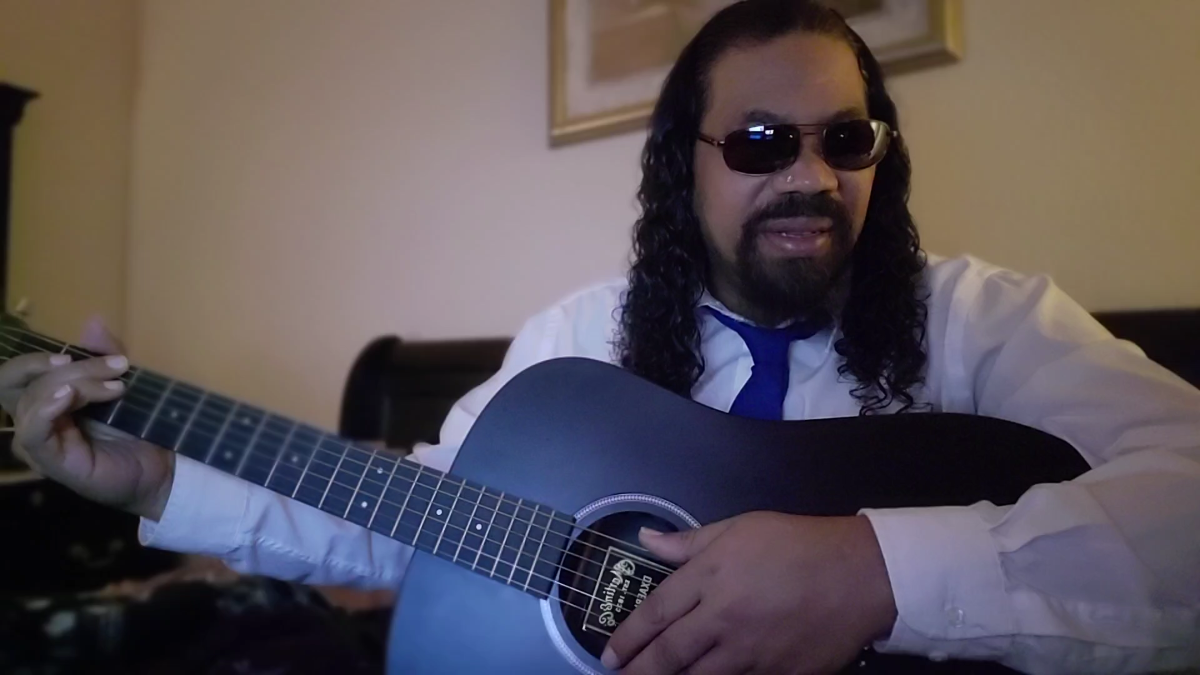 Chesapeake, Va. — Friday, March 20th, 2020 — One Shade of Soul, an artist that recorded, wrote, arranged & performed all his lyrics as well as produced, composed, performed, recorded, mixed and engineered all his music & filmed, directed & edited his music video himself from his dying bed at home and his hospital bed in The Heart Hospital of Norfolk, Va. really offers something for everyone.

The sixth song on “Something 4 Everyone” entitled “Self” is about the difference in One Shade Of Soul’s life when he realized that his chosen lifestyle was largely responsible for his current health issues and how much of an improvement loving himself made and could make in his life. Now a youtube video as well,  “Self” was filmed, directed & edited by One Shade Of Soul on his dying bed at home as well as a hospital bed during his heart transplant and is a monument to how much a little love, like his love for music, lead him to accomplish. One Shade of Soul said, “In this case, it’s a song, but love can apply to anything including yourself as a person”.

The first Song on “something 4 Everyone” entitled “New Beginning” is a remake of a Tracy Chapman song that expresses One Shade Of Soul’s feelings about the state of his beloved America and they are as follows… “with its now ever-present random & mass killings, school shootings, hate crimes & the rise of Donald Trump, we can’t make America great AGAIN because America always was and always will be great. We the people should just start all over by being great Americans to ourselves first and then the rest of the world. We must love and be kind to one another. America’s greatness is after all only the greatest of all those who occupy America. As the lyrics suggest, it’s time to start over. sometimes things can get to a point where you cannot build on them anymore and that’s time to just start over, not start again, but make a new beginning & start all over.

Knowing you can find something for you no matter what your preference, you can listen to for three free plays / buy “Something 4 Everyone” the album / separate tracks at https://oneshadeofsoul.bandcamp.com Furthermore, you can see the video “Self” on youtube at https://youtu.be/l7Rt7nHMuTs

One Shade of Soul is not just a rap singer or rock singer or R&B singer or reggae singer or salsa singer/songwriter, etc.. He just does what’s in his heart. This is why his debut c.d. entitled “Something 4 Everyone” contains 2 folk songs, 2 rap songs, 1 R&B song, 2 alternative songs, 1 alternative Christian song, 1 alternative Rock song, 1 Rock N Roll song, 1 reggae Rap song & 1 Spanish Reggaeton & Dance song ensuring “Something 4 Everyone” truly is and has “Something 4 Everyone”. One Shade of Soul plays live acoustic guitar on most of his tracks & performs his own lead, backup, background and harmony vocals himself. Amazing how soothing acoustic guitars, hard-hitting raps, angry, moving & melodic vocals can all come from one person. Please take a listen and find your groove.