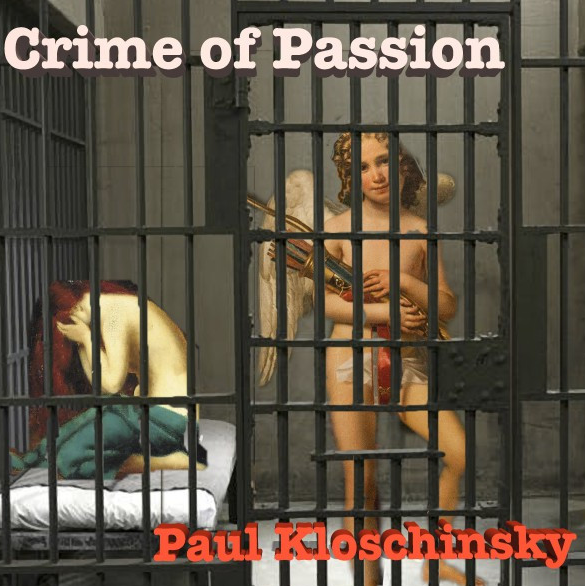 Paul Kloschinsky’s songwriting talents have earned him considerable attention and acclaim as an independent artist with a strong do it yourself ethic to his recordings. The latest release from this British Columbia based performer and writer, Crime of Passion, sparkles with the same poetry and feeling personifying his earlier collections. Kloschinsky has a distinctive approach to his performances different from many other artists working in this area – there’s a balance between raw intimacy and studied distance here that achieves real effects on the audience. Kloschinsky often sounds like a singer and musician playing for you just at the bleary-eyed edge of morning; dream-like, hazy, but aching with genuine form and meaning. The traditional aspects to the eight songs on Crime of Passion are fluent invocations of the human experience and musically entertaining each time out. Kloschinsky is a polished writer and performer who is clearly improving with age and has yet to reach any sort of downturn in songwriting quality.

Based on title alone, “I’m Still Waiting” demands a lot of spirit in its delivery and Kloschinsky doesn’t disappoint. The guitar work and vocals alike are hard-charging without ever being abrasive. His singing has a light laconic snarl through the verses and opens up nicely during the choruses. The title song certainly reins in the tempo, in comparison, and the much more deliberate build strikes a notable contrast with the wide open pulse heard in the earlier song. “Soothe Me” is a different sort of tune than the preceding two thanks to its position as a purer, outright love song than anything else on Crime of Passion and there’s a sweetness in the delivery that’s missing from the other seven songs on Crime of Passion. “I Believe” catches listeners attention thanks to the its big, brassy sound that, for some, might recall The Beatles, but it has such a distinctive quality that you’ll be hard pressed to compare once the song sweeps you up and carries you away. It’s one of the album’s more emphatic musical statements. “House on the Hill” is a fantastic highpoint on Crime of Passion thanks to the intense lyricism of the piece and the complex narrative qualities of the song help put it over the top as one of the album’s most memorable moments.

“A Poignant Point in Time” is a memorable moment on the release, albeit brief, and excels thanks to the song’s unbridled energies. The album’s last number “Gates of Heaven” will undoubtedly surprise some listeners with its approach, but it has enough of a traditional air combined with its inventive flair that it makes an enormous impact as the final song and makes for an excellent overall conclusion. He doesn’t express any extraordinary sentiments with this final performance, but gets himself across with the audience with such sure footed confidence that it’s impossible to ignore. Crime of Passion is an impressive release from the first song to the last.