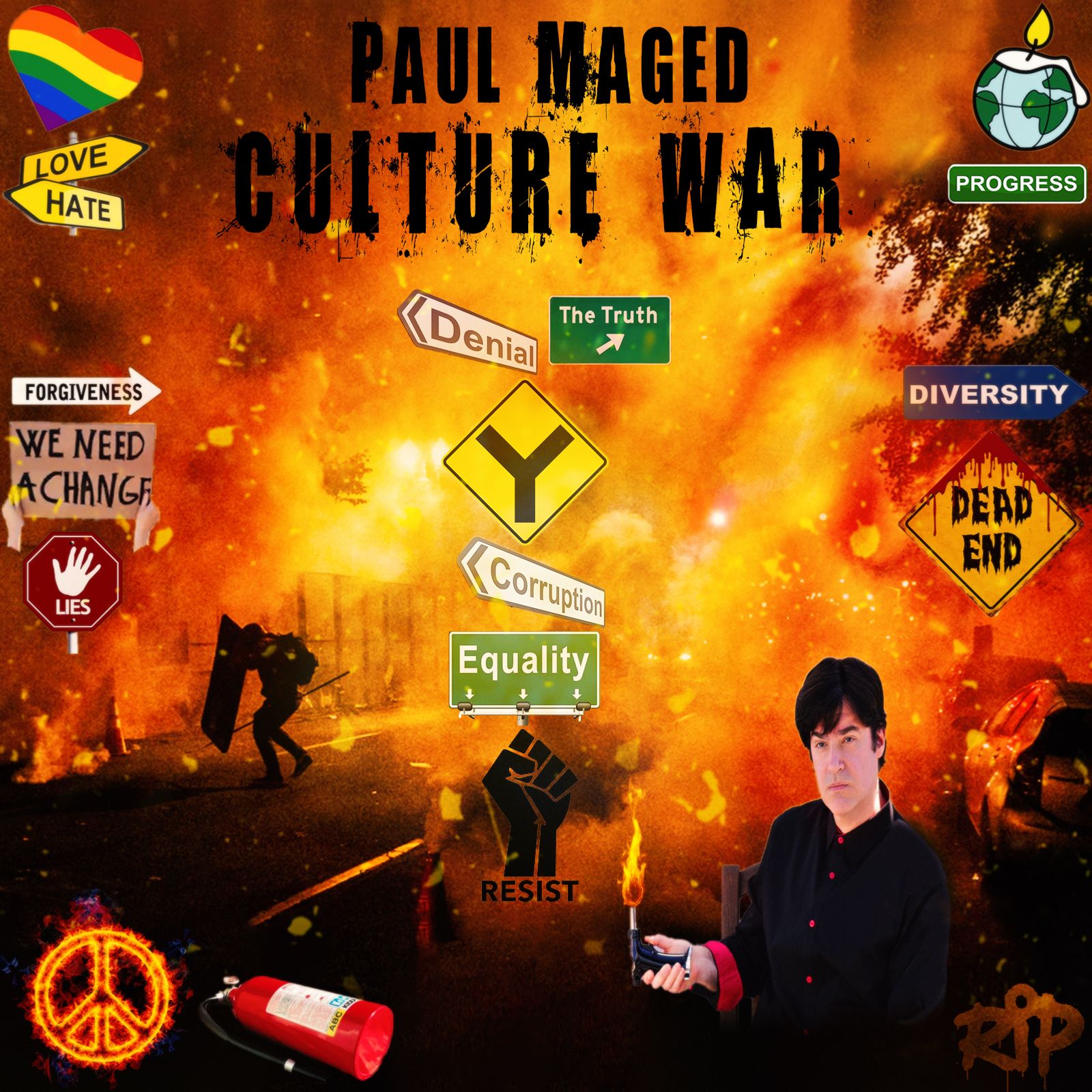 Intentionally gangly and initially feeling like a suffocating – albeit straightforward – element of angst, the riffing that greets us at the start of Paul Maged’s new single “Culture War” is undisputedly the best thing the song has to offer, but in its totality, both the track and its music video are loaded with some of the rarer components you’re going to hear in a contemporary rock release. There’s a brawniness to the performance we get from Maged here that is unique on its own, but when coupled with the melodic wit he brings to the microphone, there’s no mistaking his sound for someone else’s.

Instead of working to break up the tension in the backend of the mix with a lean vocal harmony, it seems like the main goal our man has from the get-go in “Culture War” is maximizing this feeling; particularly as we ascent into the refrain in the latter half of the song. Maged uses his voice as the primary linchpin holding the loose ends together up front, but by keeping things a little jagged and deliberately uneven in the back, we’re never allowed to get completely comfortable – making every moment count for something more than the last did.

There’s a very classic rock feel to this single compositionally, but the production quality itself is modern enough to ensure that millennials won’t be complaining about a hazy harmony here or a suffocated solo there. Clarity is of upmost importance to Paul Maged – that much is obvious even when taking the most cursory of looks at his discography – and in the case of this latest release, I think it’s all the clearer the kind of lengths he’ll go to in preserving the sonic and creative integrities of his music as it existed before entering the recording studio.

Paul Maged has demonstrated a lot to critics like myself in the last fourteen years, and in “Culture War” he proves to be growing much as he always has. This has not been a good era for the bulk of rock musicians; the 2010s took a tremendous toll of the genre and its most important mainstream players, but as the underground looks to emerge from the pandemic period with a little more momentum than the commercial side of the genre has seen in a while, artists like Maged have a chance to get the recognition they’ve been denied but long deserved.