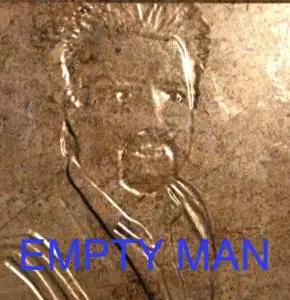 Miami, Florida – January 17, 2020 – If there’s one power-pop ballad to listen to on repeat this year it’s Peter Frank Santovito’s “Empty Man.” With the help of a true friend and hitmaker Rudy Perez, Santovito hopes to take this single to the top of the charts and then some.

“Empty Man” is the latest single from the American Award-winning songwriter Peter Frank Santovito. A member of NARAS (The Recording Academy/The Grammys), Santovito’s career has seen him reach great heights. His latest single follows a pair of other major releases including “Beat of My Heart” which peaked at #17 on the charts and “You’ll Never Know” released on Santovito’s record label, The Music Company. It’s already hit the Top 50 on the Cashbox Music Charts, placing higher than the likes of P!nk, Bruno Mars, and OneRepublic.

NARAS has given him a world of opportunity but it’s not where he got his start. Peter Frank Santovito was just 14-years-old when he and his bandmates in Fulton’s New Invention played matinees throughout New York City including Cafe Wha?, Bitter End, and many other infamous hot spots in the area. Now he’s focused on his current trio of singles, including “Empty Man,” which is not only a single but a stunning video piece as well.

Those interested in adding new music to their playlists, reviewing “Empty Man” on their site, or interviewing Peter Frank Santovito can reach out via the information provided below.