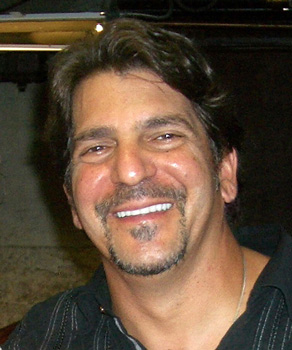 Deeply textured and beautifully written music, layered in tone and color like Autumn, and warming the heart with ambiance, Los Angeles based Guitarist/Singer/Songwriter Phil Celia is here with his latest 8 Track Installment entitled “The PCB Sessions” released in 2015. Usually it takes a couple of listens over a couple of days for me to embrace an album by someone, This album had me in deep with a couple of plays. Let’s be honest though, it’s hard not to be duly impressed by something this ‘life storied” having been created and mostly one person, but on the PCB Sessions I can hear the musical synergy of all players involved – fronted by Celia on guitar and vocals. To say that this music is hard to pin down is a bit of an overstatement. While stylistically there are some very concurrent genres at play (Jim Croce, Edwin McCain, John Hiatt, Cat Stevens, and Paul Simon), Celia delivers a deeper energy that remains non-elusive in his music. The songs dance around the edges of meaning, and hearing the opening intro track “Toe the Line’ is very much like catching fragments of vivid dreams, but upon waking the interpretations remain as the images fade. Bottom line: “The PCB Sessions” gives us some very good songs.

There is an uncompromising tonality to Celia’s voice. To some it may seem that the LA is taking this style of music head on. There have been some amazing Americana artists from LA over the years and Celia is no exception. However I’m not necessarily of that mindset as I don’t care what part of the country you are from as long as the music is real and straight from the heart. I think many definitely has some ideas about the change a lot of what’s on the radio – but this music is not hammering it into your skull without a sense of humor. Sure the music sometimes rips and the lyrics are pointed in the direction of social realities, evolution, and the need for letting go, or getting through another day. This CD says to me personally “life is beautiful, but can be a struggle.” Songs like the “I Hate the Rain” and “Never Can Repay” capture this dynamic perfectly. But there is a light at the end of the tunnel on tracks “Find My Way”, and “Toe the Line.” Music is not “love preachy” either – these songs are for real. These are the things he probably feels passionate about and kudos to Celia for laying it out raw and unfettered vocally. Indeed Celia is a capable singer and he has remarkable gritty power and control. His songwriting is what really stands out, and shows his true talent. Celia is a good multi-instrumentalist and songwriter no doubt – although his voice is not to the level of say John Denver or James Taylor, he is a well-seasoned musician nonetheless. Celia also brings much passion to his craft while all players in the band keep the pace, laying into their instruments with the ragged glory of care free reckless Americana-folk-rock abandon.

“The PBC Sessions” opens perfectly and springs into action while wasting no time standing with a hand held high in a fist with ”Toe the Line”. “Ordinary Day” shifts gears a bit and has a great lyrics and overall an amazing love song. My favorite song “Wild” drifts into light love pop territory. Some songs are about change or the need to be changed, and perhaps to be swept up in life that could encourage change. Life a slippery fish where happiness can’t be caught so easily. And Celia is back at Square 1 again with “Things I Know” and the perfect final track “Rock Me on Your Knee.” This final piece is a nice wrap to this 8 track CD .This track could be a meditation on opening oneself up to love be it romantic or otherwise, or it could simply be a light hearted song. It’s hard to say as the lyrics point in a direction that could be as clear as dishwater. But then again they could be clear as day.

One thing is certain, these 8 songs on “THE PCB Sessions” provoke an internal reaction that is both intellectually and emotionally stimulating. All tracks speak of life’s journey, and only you and you alone can keep you grounded and anchored to the earth. All of this and more are displayed on this impressive release by Phil Celia entitled “The PCB Sessions”. Take a listen via the below hyperlink and you will understand why he is a marquee talent.