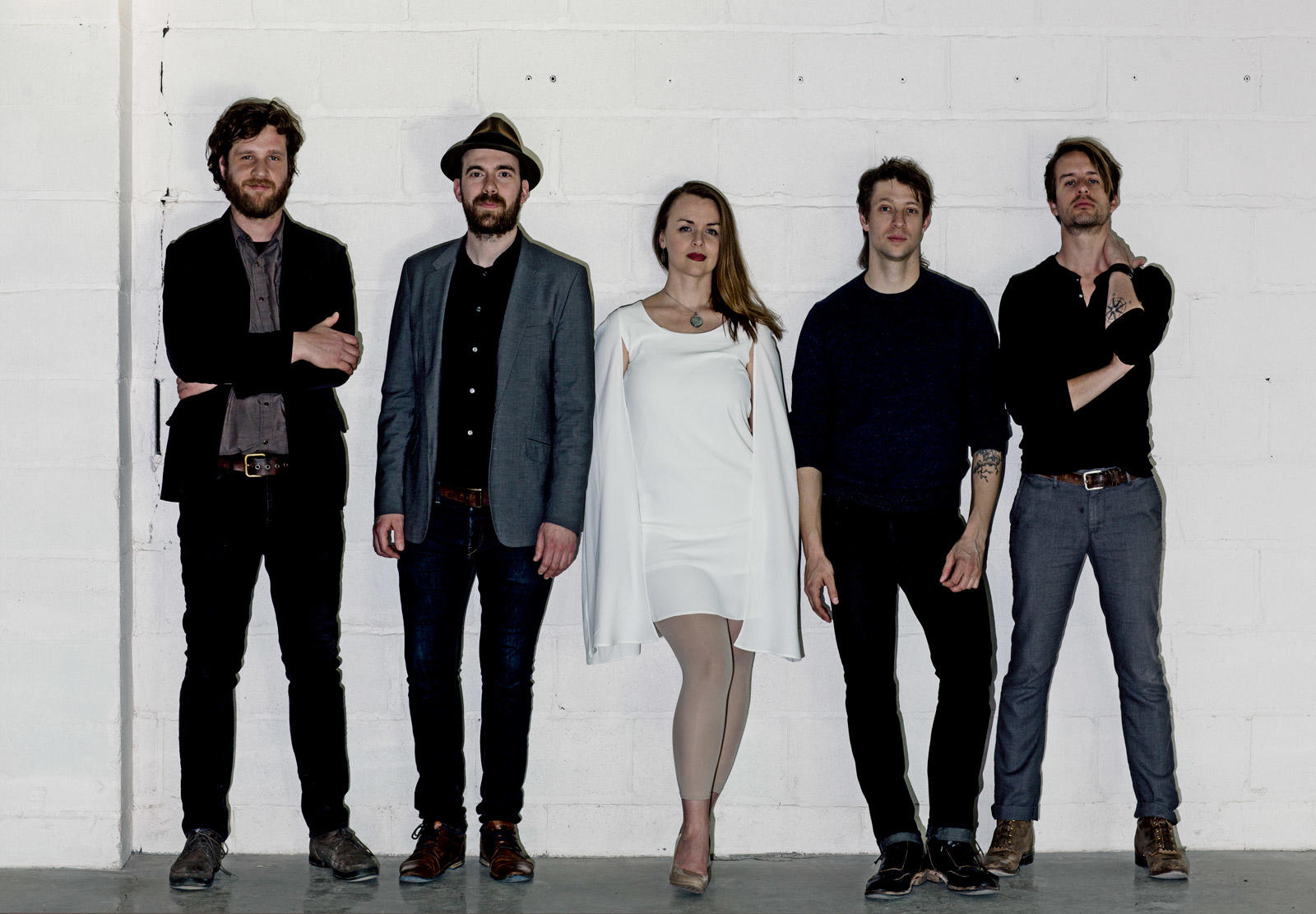 Hailing from Minnesota, Rogue Valley has ventured far from home since their 2009 formation. Their talents have pushed them onto stages with nationally recognized acts like Lucinda Williams and Andrew Bird while they’ve also capitalized on opportunities for appearances on television and movie soundtracks. The five piece presents themselves unusually for the genre they’ve chosen to ply their trade in. Rather than one singer, the band has male and female lead singers. Guitarist and songwriter Chris Koza has a pleasing, middle of the road voice capable of surprising emotive range, but the real vocal star of the show is second vocalist and keyboard player Linnea Mohn. She has a supernaturally fluid ability to move between different vocal registers without producing any apparent strain and inhabits her parts on radiate dissolve with a singular beauty. The twelve songs on this album resist quick labeling – they are never indulgent and often incorporate a number of stylistic traits.

“The Brightest of Stars” begins radiate dissolve on a contemplative, yet engaged note. The music has a relaxed, yet structured, vibe and the band obviously invests a great deal of effort creating understated atmospherics that enhance the presentation. Melodic virtues are underscored throughout the arrangement and the vocal is perfectly attuned to the song’s tenor. “Pulse” gives vocalist Linnea Mohn her first big moment on the album and she completely controls the song from her entrance to its end. The track is largely built around meaty, energetically played guitar chords while Mohn unleashes an emotional torrent that tears through a variety of moods while still retaining control throughout. “Bury Your Heart” flexes the band’s creative muscles in a new way. The low-cut, muscular rhythm propels things along at a steady pace while Koza lays out a breathy, but highly emotive vocal.

Rogue Valley’s music reaches another stirring high point with “Loom”. The band gives full freedom to their imaginative fancies here and seems to hold nothing back. Their daring to stir a number of elements together in a stew doesn’t result in an impalpable mishmash, but instead results in a confection greater than the sum of its individual parts. “Breathe” lets guitarists Peter Steve and Chris Koza loose in a way the album has yet dared. This doesn’t become some mindless vehicle for guitar masturbation, but it is a thrilling change of gears to allow the six string influences in the band such wider purview than before. “Cold Windows” touches on a similar point, but there’s more of an unified performance here rather than a weaving of individual parts. The shift of the song’s moment gives it an extra charge lacking from many of the album’s earlier cuts.

Rogue Valley’s fifth album is ambitious, focused, and diverse. This is a band who, frankly, shouldn’t surprise listeners with their willingness to try anything once if it makes sense for a song. They play with great taste, but they are clearly willing to surrender to go for broke moments when their music skirts thrillingly close to outright chaos. radiate dissolve is one of the year’s best efforts from anyone, mainstream or otherwise.