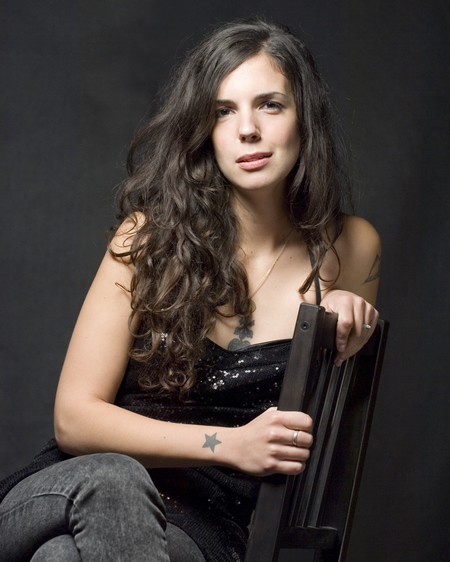 Sarah Borges – Caught by the Rain

You can split Sarah Borges’ musical career nearly into two distinct halves. The first, her tenure with The Broken Singles, produced a number of well-received albums and earned Borges a much-deserved reputation as a compelling live performer and promising songwriter. Touring with the likes of Dave Alvin garnered her much reflected glory, but her rise isn’t due to fortuitous connections alone. Talent, unbridled and brimming over with passion, has catapulted her from obscurity into a growing spotlight often reserved for the elite. The latest single from Borges, “Caught by the Rain”, is another finely crafted and frequently moving composition from a major talent who only promises to improve.

It’s always fantastic to hear songs that somehow manage to sound carefully considered while never sacrificing any of the spontaneity essential to popular music’s success. The production has done a fantastic job of revealing the nuance and subtlety of the songwriting while weaving a warm, quasi-bluesy spell that will appeal to many. The balanced mix means that no one instrument, not even Borges’ vocals, dominate the sonic palette. Instead, “Caught by the Rain” is a musical synthesis of color that moves and breathes like the finest art.

The players, particularly guitarist and drummer, make the biggest impression. The six string fills are vivid without ever sounding gaudy or overwrought. There are light effects applied to the sound, but once again, tastefulness is the order of the day and the musicians wisely never overplay their hand. The drumming, probably the song’s instrumental heart, fills the song and changes with a steady swing. Its midtempo strut exudes confidence, but it isn’t the sort of ham-fisted boorishness that renders otherwise promising songs heavy-handed and crass. While Borges is the song’s undisputed overall star, the song wouldn’t succeed without such spot-on musical accompaniment.

One thing, however, is certain – Borges could carry the song emotionally without any help. Her vocal is defiant and delicate in turns and her tonsils harbor deceptive power capable of blowing a song wide open at any time. She inhabits every word of the song and shows a keen ear for dramatic phrasing that will enliven even the most clichéd texts. It’s impressive to hear how well Borges integrates herself into the surrounding music. Many singers will belt one out over the top of the band, but Borges refrains and, instead, focuses on creating an unified mood. The result is a song that doesn’t slacken for a second and the fact that they have created such a work without the song ever reaching a true, traditional crescendo makes it all the more memorable.

“Caught by the Rain” isn’t just a step forward. Sarah Borges is leaping into a brighter future on the back of a song that ranks among her finest efforts. This is a real singer performing flesh and blood songs that aren’t the product of studio trickery, but instead, unvarnished utterances from aching human hearts. This single is well worth the money and time from any devotee of substantive, entertaining music.