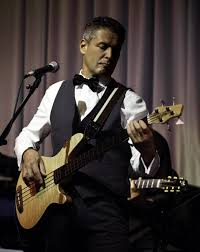 Music like this is rarer and rarer. By 2015, big band and ragtime influenced jazz is commercially dead. Other genres have long since occupied its position as America’s foremost popular music and consigned jazz to the realm of soundtracks and waiting room music. After a decade and a half of this new century, few things are clearer than the fact that passion is a prerequisite for performing the music heard on Sasha’s Bloc second release, Heart on Fire.

Many rock records would be happy for such a live production. The first song, “Day in Paris”, is a big band number that generates tremendous energy for a studio performance. Each instrument announces itself in the mix with clarity and the arrangement pushes the vocals to move with the music rather than competing with the instruments. “Feels Like Jazz” has a relaxed glide and Jane Monheit’s vocal matches the music’s confidence. There are no rough edges in the music. Everything sounds rounded off smoothly and even passing familiarity with the genre will allow you to hear how these tracks pursue predictable paths. Every song here, however, meets its goals with sophisticated chops and style.

“Black and Blue” is another nod to jazz balladry highlighted by a strong arrangement and emotive vocals. Despite the high quality, however, it’s here where the wheels start wobbling on this vehicle. Listeners are likely to content themselves, particularly jazz fans, with stylish tributes to bygone forms. All the skill in the world though will struggle holding the listener’s attention when the material varies as little as this. Sasha’s Bloc is always solid, but uniqueness doesn’t rear its distinctive head enough on this album.

Jane Monheit guests again on “Breakfast”, a light-hearted melodic jaunt that ends up one of the album’s most entertaining songs. Monheit reserves her best performance on the album for the title cut. “Heart on Fire” soars thanks to her focused and passionate vocal, but the band gives her lush backing to build on. “Angel” has a bluesy edge that many of the album’s tracks lack and the female backing vocals provide a tasty sweetener. The brass players for Sasha’s Bloc are a consistent musical strength and this track pushes them to the forefront with zesty playing that lifts this above another rote jazzy love song.

“Sunday Blues”, as its title indicates, finds Sasha’s Bloc once again dabbling in the blues. It’s a good selection for so late in the album and moves with the same confidence heard on earlier songs, but the air of familiarity surrounding it might be an uncomfortable fit for listeners demanding more.

One cannot help but commend Sasha’s Bloc for producing such a consistent product. This is a finely tuned professional band with chops to burn and respectable songwriting skills. However, the band seems entirely too comfortable and there’s precious little individuality conveyed through the album’s eleven tracks. We need less history and more Sasha’s Bloc – there are a number of suggestions both in the band’s music and their biography that there’s much more they can be doing. Let’s hope the future brings us more Sasha’s Bloc and less imitation.