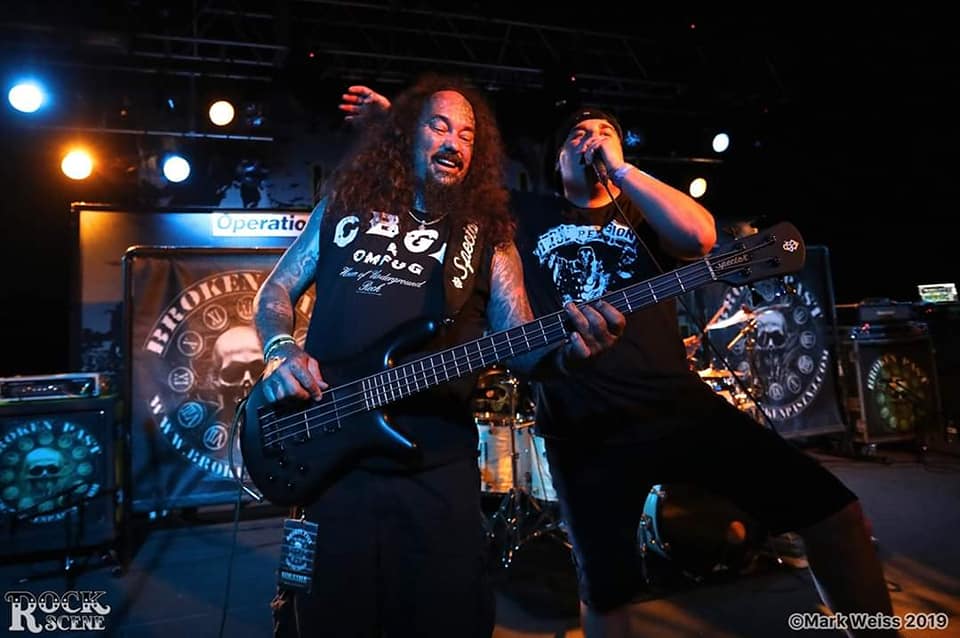 New Jersey hard rock/metal band Broken Past has gigged hard and as often as possible since first forming in 2015. This dedicated work ethic has established them as one of the pre-eminent bands working the East Coast circuit, but the potent musical power of their recent EP release Time for Change and its latest single “Some Gave All” has the potential to dramatically expand their reach. Produced by bass player and founding member Tony Rodriguez, the single is a memorable tribute to the price brave male and female soldiers paid in service to the United States and its ideals. It doesn’t explore the issues driving them to make such a sacrifice and that’s just as well; instead, it is a song of honor and gratitude. This guiding impulse remains consistent throughout the track.

They filmed an accompanying video, as well, for the song that frames its subject in bold and gritty imagery. Broken Past’s use of existing war footage alongside a more typical band performance provides an attention-grabbing visual mix for viewers. The transitions are handled in a brisk fashion but never in a crude, artless war. Our eyes linger on the uncompromising camera views of opposing sides at war, but Broken Past are equally skilled conveying their passion during the performance portions of the video.

The track runs six and a half minutes which allows ample opportunity for Broken Past to make both a strong vocal and musical impression. Listeners will find a lot to admire about Frank Acee’s fire-breathing focus during the song’s chorus and his ability to modulate those passions during the verses. They will likewise enjoy Wayne White’s full throttle lead playing, never showing off for the sake of showing off alone, and how it combines melody with power. The guitar-bass-drums configuration for this band will impress many with the energy they generate.

The words are to the point. There is no needless dross burdening the song’s message and Broken Past writes with the same clear-eyed focus they bring to their music. Acee’s vocal skill elevates the lyric up several notches; every ounce of the respect and honor for the memory of those fallen found in the music and words comes through in his singing. He is impassioned, yet tempered, and the blending of sincerity and skill is one of the single’s crowning achievements.

The stylistic synthesis they aim for and reach wit this track is another crowning achievement. There aren’t many examples of metal or hard rock bands balancing themselves so well between virtuosic displays of instrumental skill and commercially appealing verses and structure. This ability to balance two wildly disparate approaches further sets Broken Past apart from the pack and bodes well for their future. They are working on a new release as of this writing, their first full length studio fare, and there’s no question we’ll come away from that with an even clearer idea of their capabilities. As of right now, however, the proverbial sky is the limit for this Jersey bred four piece.