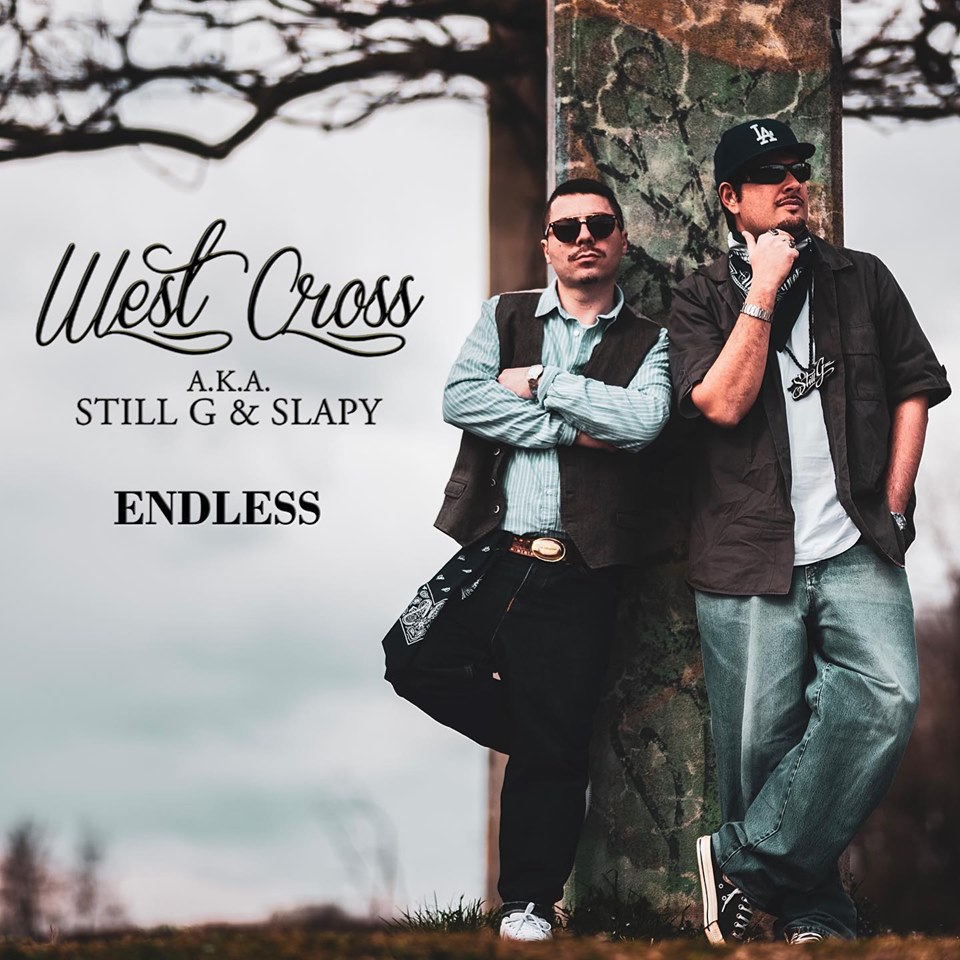 Italian hip-hop maestros Still G & Slapy are back this summer with a smashing new single in “Endless,” which is out now via THOMAS Music & Art’s Genialsong Group imprint and recently peaked at an impressive #10 on the Euro Indie Music Chart. “Endless” is all about raw machismo enmeshed with sensuous, boldly inventive harmonies and grooves that push the limits of conventional hip-hop to the very brink, but I wouldn’t describe it as a purely experimental endeavor on the part of these two artists. Still G & Slapy are flexing some serious sonic muscle in this track, but their primary focus is always on dishing out larger than life swing.

The bassline has a slightly funky bend to it, and with its uniquely prominent place in the master mix, defines the rhythm of the song a little more than the drum track does. It doesn’t surprise me that this single has taken off in over sixty countries (and hundreds of radio stations) this season; its versatile construction, and moreover, subtle intricacies like this textured bass element, make it palatable to listeners around the world, regardless of scene politics or local tastes. “Endless” is as much a testament to the international nature of modern hip-hop as it is a tribute to the American stylizations that influenced Still G & Slapy coming up.

This rhythm is sensationally addictive, and I like that it’s driven more by big grooves that have been arranged in a deliberately surreal pattern than it is by a blustery drumbeat or a predictably stock chugging of the synths. Still G & Slapy are really good at presenting us with a familiar concept skewed with abstract details that other artists would typically dismiss as too outside of the box for mainstream consumption, and in many ways, “Endless” exploits their eclectic curiosities in a way that other, perhaps faster-paced material, wouldn’t have been capable of doing.

In the buildup to the song’s climax, the melodic backdrop to the rapping at the forefront of the mix is produced with chilling clarity, making the music (and particularly the bassline) sound as though it’s bearing down on us, like a vicious animal would in the wilderness. We find a relaxing release from this tension in the hook of the chorus, and while some listeners might not go for these kind of sonic thrills, I have a feeling that most hip-hop fans will find this part of the single to be the shot of adrenaline that was wholly missing from 2019 so far.

Critics have been going crazy for these guys lately, and it’s easy for me to see why after listening to “Endless” for the first time this past week. Still G & Slapy have got an excellent vibe going in this track, and if they can continue to perform on this level moving forward, I haven’t the slightest doubt in my mind that they’ll break the Top 5 on the Euro Indie Music Chart a lot sooner than later. They prove themselves more than capable in this awesome new single, and I’m definitely not the only one saying so this July.

The music of STILL G & SLAPY has been heard all over the world due to the radio plugging services offered by Musik and Film Records. Learn more – https://musikandfilm.com