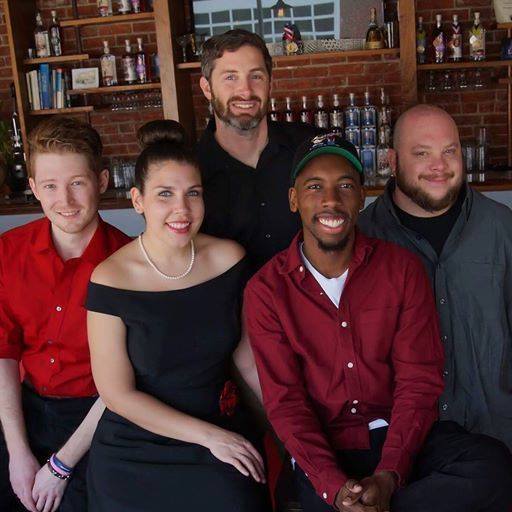 The five songs included on Surreal Nation’s I Know Better establishes the Delaware five piece as one of the sharpest alternative rock acts working in the indie scene today. Vocalist Nikita Yvonne (Nikki Nation) is a singer with rare musicality and a natural wont for artfully expressing emotion, but the grit and gravel she can whip up with her voice matches up nicely with the rock style the band works in. I Know Better has a songwriting point of view that’s Surreal Nation’s own and never suffers from indulging hoary clichés or pouring old wine into new bottles – instead, they employ a point of view all their own for even time tested subject matter that imbues the songs with a surprising level of freshness. I Know Better’s track listing shows focus and the brief release unfolds for audiences in a dramatic, but never overwrought, way.

Their predilection towards unique, even a little dark, humor and tastefulness comes across clearly with the first song “Would You Do Me the Honor of Becoming My Mexican Divorce?” but, despite the title, there’s genuine pathos in the song that the music gives great immediacy to. It’s a rhythm section propelled tune and the two headed musical beast of drummer Gene Nelson and bassist Kevin Curry are among the EP’s most abiding strengths. Curry’s massive bass work on the title song “I Know Better” is another memorable moment for the EP’s bottom end, but Jackson Vari and Paul Joseph definitely flex their guitar muscle in a more customary way with this performance. Yvonne, or Nikki Nation, really throws herself into these first two tracks with equal amounts technique and abandon that achieves a unique power at once fresh, yet recognizable. Her emotive powers are considerable and she has a voice seemingly capable of taking her anywhere she wants to go.

The pop snap driving the tune “I Can Feel the Night” is very different than what’s come before on I Know Better, but not so much so it strikes a discordant note on the release. The singing really makes every area to impart as much substance as possible to the release and Nation’s voice has an inspired quality different from the earlier tunes. The final two tracks on I Know Better are their most affecting. “Hangtime” has a surprisingly soulful vocal quality linked up with its lean and muscular alt rock backing and the song benefits from that streamlined musical treatment while the finale, “Spirit is Silent”, has dueling rousing and reflective moods that the music accentuates and gains much from, arguably, Nikki Nation’s best singing performance on the EP. Surreal Nation has found their path with I Know Better and the potential they realize on this new release whets appetites for a full length album. They have something all their own to say and an unique way of doing it.