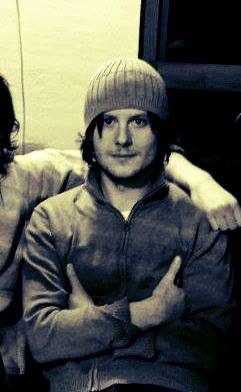 The first solo album from Vinyl Floor frontman and songwriter Thomas Charlie Pedersen is fourteen tracks of classy acoustic singer/songwriter material that rings out with sincerity and poetic simplicity. The production gives every song an intimate treatment, but likewise surrounds each of the songs with a smoky moodiness benefitting the vocals and lyric material. Pedersen does a superb job writing songs of great timelessness – despite the low-fi nature of the compositions, they all sound uniquely modern and speak to universal experiences. Nothing here is remote or over-elaborated. Instead, Pedersen’s dominating mandate seems to be connecting with his audience and he does so superbly. Second Hand War is an album of strong construction and fantastic beauty. Rarely does a songwriter and musician do so much with so little and makes it work so spectacularly well.

The first undisputable sign that we’re listening to something special comes with the track “Appreciation Hymn”. It’s a somewhat novel idea for a song – expressing fulsome gratitude with an almost spiritual reverence. The music matches the lyrics well without ever over-reaching for its effects. “Letter from the Dead” has a naturally ominous tilt, but much like the earlier song, Pedersen never overplays the hand into heavy-handed theatricality. It’s one of the album’s darker cuts too, but the same taste imbuing his musical work bleeds over into his texts. Everything is pared back musically and the writing is likewise spare and aiming for practicality over empty ornamentation. One of the album’s three outright pop jewels, “I For One”, has a beautifully direct mandolin sway and Pedersen fills the vocal with just the right amount of grace. The first of the album’s compact piano driven ballads, “Uneasy Feeling”, segues into life directly from the preceding song “Second Hand War”. Pedersen’s emotive vocals are tightly woven into following the melody, but the song is far from ornate. Instead, Pedersen proves here and later that few young songwriters today have his sort of talent for producing very brief songs that say what takes less talented songwriters twice as long to accomplish.

“Sycamoore Street” comes from a similar space as the preceding song. There’s a strong narrative quality in the lyrics than on “Uneasy Feeling”, but Pedersen pours the same attentiveness into discharging this song in a memorable fashion as he does the earlier song. “For You” revisits the pop song craft of the earlier “I For One”, but there’s much more pep in Pedersen’s step here and the song really sparkles with a generous spirit. “The Harder the Fall” is the album’s final piano guided number and it’s a beautifully woven spell, however brief, that brings listeners nicely into the album’s final quarter. The song “Kill With Kindness” is, far and away, the album’s most extended musical workout and Pedersen’s lyric accomplishment are up to the task of meriting such an extended run. This is, likely, the album’s true climax. The falling action comes with a final bit of poppy mandolin fun. “Good Ride” has some subtle undercurrents, but it’s otherwise an excellent way to end an album sometimes dimly lit with longing and loneliness in equal measure. This is one of 2016’s most affecting albums and one that doesn’t deserve to fly under the radar.