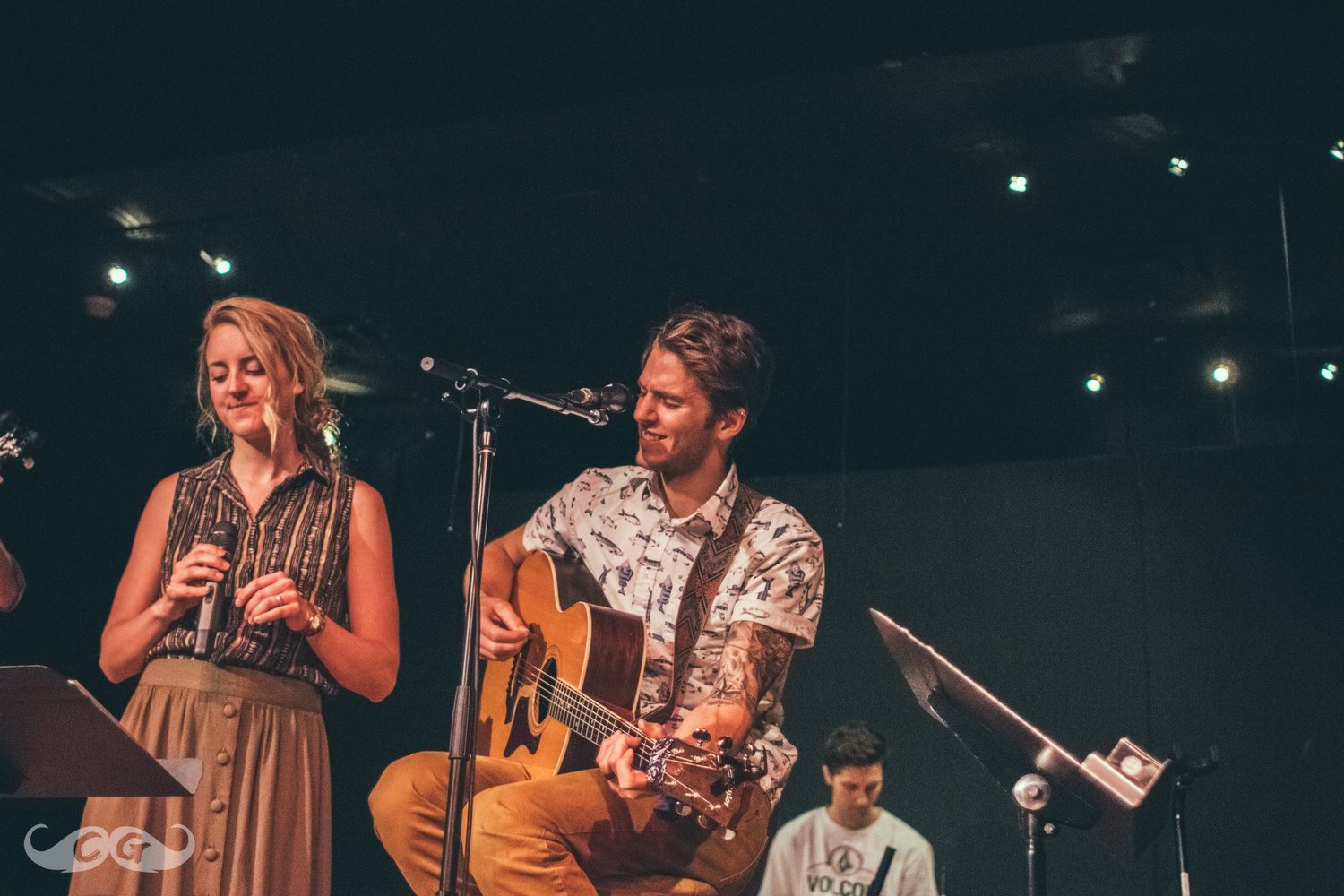 Tow’rs is an up and coming, captivating 5 piece Alternative Rock band that come to us from Arizona and is headed up by husband and wife songwriting team Kyle and Gretta Miller. Let me start by saying these 5 deserves praise, recognition and musical fame at the international level – NOW! After doing some preliminary research I was very excited to check them out. I will say Grey’s Fidelity is one release that certainly doesn’t disappoint. This is one band that brings to the table effective songwriting via a highly passionate and polished musical delivery. This meshed with a one in a million Alternative Rock-Pop sound and Gold Standard songwriting makes for an effective combination. Tow’rs even touches on Alternative Rock and Folky-Pop with hints of Melodic Indie Pop along the way. All songs are wonderfully simple yet masterful in their overall arrangements. First impression – one gets the impression, early and often, that The Milers are very much guitar-unplugged oriented, almost to the point where everything else is either stripped down out or this in up close and personal setting. Brilliant approach! For this style of music this approach works extremely well thus putting the spotlight squarely on The Millers. The songwriting is far above average, with earthy tones, music that naturally run their course never under duress, and a wide variety of American tidbits offering the bulk of what makes this 11 track CD so impactful and enjoyable.

Lately with feature film in particular the emphasis seems to be shifting from a good acting or effective character development to things like Special Effects and visual flash. I believe music is following down the same path. With music the emphasis is shifting from good genuine songwriting and Top Flight vocal ability to more visual flash, cookie cutter songwriting, autotune theatrics and overly choreographed performances that lack spontaneity. For the most part the Millers and company aren’t necessarily great at one thing, they are great at many things. With Tow’rs the genuine songwriting quality is there, the vocal performances are pure gold, and the love filled messages are clearly real. Grey’s Fidelity is a amazing musical showcase of fine musical and instrumental ability. This band lead by The Millers also possesses strong musical instincts behind the microphone and also has a good look. Kyle Miller on main vocals delivers, but his wife in the background definitely add fuel to the fire. Fretwork and musical flow equal parts intimate, equal parts intricate providing the perfect underpinning each song needs to make a real connection with the listener. Musicianship is undeniably appealing, with acoustic guitar and intimate fretwork laid over solid bass covering a variety of genres (in terms of tempo and feel). Also worthy of note is the crisp production work, which does a definitive job in highlighting the band’s strengths while keeping a nice, organic flow in the process. All 11 pieces are quite entertaining and uplifting with an amazing vocal front. If the Millers just so happened to write all these songs well they could be bigger than any of us realize at the moment.

It needs to be said that many songs personify the “in love” human experience which gives Tow’rs an amazing feel in its attempt to connect with a cult fanbase locally or abroad. Make no bones about it – this is vintage modern-day pop from a carefree “in love” perspective plain and simple. Let me close by saying Tow’rs has proven themselves with this latest release, and are clearly an up and coming talent around Flagstaff, Arizona and all 5 members are clearly capable songwriters, artists, producers and musicians.