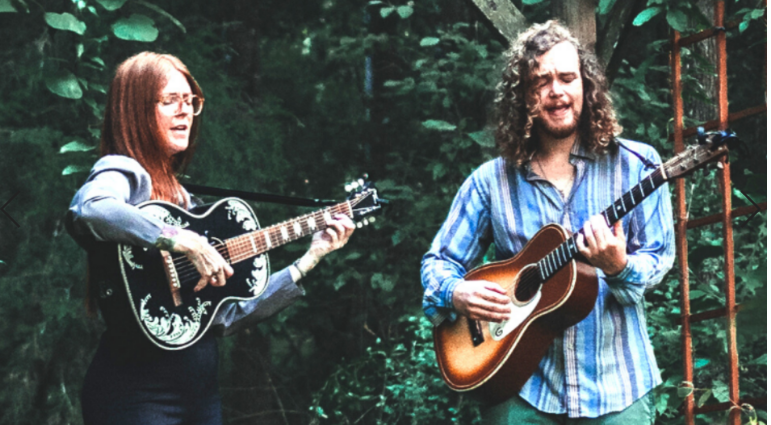 Profoundly soft from a melodic point of view and yet still strong enough to push us into the warmth of the vocals better than anything else could have, the strings of the guitar are all it takes to bring us into the world of Webster’s Wheel in “If You Know.” Striking up as much of an emotional sway as “Little Boy Blue” or “No Thoughts Just Happy” would, “If You Know” is one of the more deliberate examples of the concise approach Webster’s Wheel are taking to their new album Made in Sunshine this February, but its passion-adorned melodies aren’t the only element worth examining in the LP.

There’s no place for synthetic content of any sort in Made in Sunshine; if anything, there’s such a rebellious attitude taken towards the notion of concealing raw feelings in “No Thoughts Just Happy,” “Well” and the title track that we’re never given the chance to know what fluff from this act would sound like. They come into this record with a decidedly firmer dedication to the ancient ways of American folk music than many of their rivals have, and for a puritan listener, it doesn’t get much better than what their efforts produce.

The vocals are always on equal ground with the guitar parts in songs like “Grapes of Wrath,” “Yet I Let,” “Reasons” and “Friday Night,” which only makes it easier for us to appreciate just how far a simply-structured piece of folk music can get us when it’s delivered by the right players. There’s no need for percussion in these tracks – truth be told, I think it would have gotten in the way of the natural groove formed out of the cadence between the instrumentation and the verses. “A Note” and “No Thoughts Just Happy” are prime material that would sound even more rousing in a live show than they ever could inside of a studio, but I’m hesitant to say they sound understated in the fashion we hear them in on this album. Nothing here seems to be limited by the environment in which it was recorded; actually, I think the studio might have made giving us the whole nine yards of their sonic depth possible.

For those who have an insatiable hankering for some quality, straightforward folk music of the American variety this mid-winter season, Webster’s Wheel have got just the LP for you in the form of Made in Sunshine. I’ve been getting pickier about the records I select from the pastoral end of the spectrum in recent years, but Made in Sunshine is the kind of piece that doesn’t ask anything out of its audience in exchange for some relatable rhymes and breathtakingly fragile guitar melodies. I don’t feel like they’re trying to navigate the underground in search of who they really are as a duo – instead, it would seem that they’ve got more drive and determination to give us a very specific style of music they know better than most. This is a big moment for Webster’s Wheel, but likely not the last they’ll experience together.